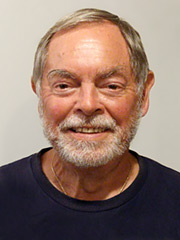 We had a thought about Plato's Republic and his discussion of the dialogue of Socrates, in which Socrates asserts that a democracy can become 'over-ripe' as it develops and matures. Plato, as we understand him, is generally in favour of the democratic ideal insofar as it leads to multiple freedoms and equality for the population it serves. But such a system has flaws which Plato lists in eloquent detail. Those flaws are essentially political in consequence, which we shall not elaborate here.

Suffice it to say that our Institute is set up on democratic lines. We are sure that our readers are grateful that that is the case. Moreover, and satisfyingly, our epi democracy cannot become 'over-ripe' as it is not open- ended. It currently has a term of three years, after which there is an election of a new Council and Officers, this Council in turn electing new Committees. This year being an election year, and with due deference to the previous Council, we look forward to the democratically elected new Council, officers, and Committees bringing a fresh impetus to the Institute, in their full knowledge that they have but a three-year term, and so cannot over-reach the democratic process owing to the time constraint.

We are sure that Plato would approve!