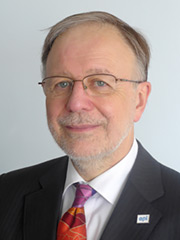 This report completed on 16 May 2016 covers the period since my previous report dated 4 March 2016 published in epi Information 1/2016. The EPPC is the largest committee of the epi, but also the one with the broadest remit: it has to consider and discuss all questions pertaining to, or connected with, practice under (1) the EPC, (2) the PCT, and (3) "the future EU Patent Regulation", including any revision thereof, except all questions reserved for the Biotech committee.

The 19th Select Committee meeting was held on 15 March 2016. The Committee unanimously re-elected Mr Debrulle (BE) chairman of the Committee for a term of three years There was large support, among the delegations that spoke, for the possible implementation at national level of a safety net provision in case of late rejection of a UPP request.
Some details of the implementation were discussed. A workshop dedicated to the basic specifications of the technical systems for the data transfer in relation to Unitary Patent Protection will be organised by the Office in the morning of 20 May 2016.
The next SC meeting has been scheduled on 21 September 2016.
In the meantime, the series of UP/UPC seminars initiated by epi has started, in Munich (on 15 April, with the support of the EPO), then in Helsinki (27 April) and in Dublin (11 May).

2. Meeting of ACPI with EPO and epi

On 16 March 2016, on the occasion of the visit of the President of ACPI (Asociaciòn Colombiana de la Propriedad Intelectual) to the EPO and epi, I made a short presentation on the unitary patent system (available on our website for our members).

During the meeting of 7 April 2016, documents SACEPO WPR 2/16 to 5/16 were discussed.
The EPO reported on the results of ECfS “Early Certainty from Search”, and presented the measures that will be taken to improve the overall EPO timeliness with the aim of meeting the “Paris Criteria” objectives (patents to be granted, on average, within three years; see OJ 8-9/1999, p. 547-548) by the end of 2020. In particular, this includes concluding grants on average within 12 months after the start of substantive examination. Quoting from document SACEPO/WPR 2/16:

"Telephone conversations will be promoted, while ensuring that the content is reflected in the public part of the file in the form of minutes. Minutes of a telephone conversation can be issued as a first examination action under Article 94(3) EPC."
"In the longer term, where the EPO internal examination handling times are shortened significantly, a discussion will be triggered on aligning certain time limits such as under Rule 132(2) EPC with internal examination time limits. In particular the extension up to six months and its conditions is scrutinised. Discussion will also be triggered on the conditions for use of further processing (Rule 135(1) EPC). These measures are expected to reduce pendency by speeding up the exchange between the EPO and applicants."
"Finally, the Office considers rationalising time limits related to the entry into the European phase, thereby strengthening the PCT procedure."

The EPO presented incentives to encourage withdrawals of the applications (SACEPO/WPR 3/16):

The revised workflow of the opposition proceedings, already presented to epi during the meeting with VP1 last February, was explained. It is clearly a reaction to the announcement that the UPC would deal with revocation actions in 12 months. It would apply as from July 2016, after publication of a Notice in the OJ. The reduction to 15 months (from expiry of the opposition period) of the time needed to announce the decision in oral proceedings would be achieved by:

Finally, the participants were informed of forthcoming/ envisaged changes in the area of the fee payment processing. (SACEPO/WPR 5/16).

The 46th meeting of the Committee on Patent Law (CPL46) took place on 12 May 2016. It discussed two topics relevant to the remit of the EPPC.

The Committee gave a favourable opinion to the amendments of Article 11 RRF proposed by the EPO. The EPO confirmed that, where a representative has been appointed, he would receive the advance notice of the intended start of the examination.

The Committee discussed the question of the last day of validity of a European patent in the Contracting States (20th anniversary, or the day before), but no conclusion could be drawn.

The Partnership for Quality meeting with epi took place on 19 April 2016. The EPO shortly presented how they are ensuring quality, and then informed participants on improvement of the overall EPO timeliness (see also my report of the SACEPO/WPR 14 meeting, item 3 above). The EPO slides are available to epi members on the epi website, Forum "News", Thread: Partnership for Quality meeting, Munich: http://patentepi.com/en/epi/forum/threads/99

The PCT Working Group will next meet in Geneva from 17 to 20 May 2016. The working documents are available on the WIPO website: http://www.wipo.int/meetings/en/details.jsp?meeting_id=39464
A PCT User Meeting will take place on 18 May.

The PAOC thematic group of the EPPC (pure and applied chemistry, including pharmaceuticals) will again meet with the EPO Directors in that field on 22 June 2016.

8. Independence of the Boards of Appeal

At the date of finalising this report, we were not informed of any further development.

Guidelines
The EPPC urges the readers of this journal to address to its Guidelines Sub-Committee at
eppc@patentepi.com
any comments regarding the Guidelines for Examination in the European Patent Office https://www.epo.org/law-practice/legal-texts/guidelines.html or suggestions to improve them.

The same applies to the Guidelines for Search and Examination at the EPO as PCT authority https://www.epo.org/law-practice/legal-texts/guidelines-pct.html.