Report from 81st Council Meeting in Berlin on 12th November 2016

The 81st Meeting of epi's Council took place in a conference room in a hotel in downtown Berlin. The meeting was well attended.

The minutes of the 80th Council meeting and the matters arising from said minutes were reviewed. The minutes were adopted with some editorial changes. Some of the actions points were still being pursued. The President presented his report and so did the Secretary General.

The floor was then given to Mr Raymond Lutz, Vice-President of DG5 at the EPO. Mr Lutz' presentation was focused on the EPO's strategy to cope with the steady growth of European patent applications (160 000 in 2015). Mr Lutz explained how the EPO managed to increase the number of search/examinations/oppositions dealt with in 2015 (+ 14% vs 2014) while maintaining a high quality in tasks performed. Mr Lutz in particular pointed out that the EPO received the ISO 9001 certification for the patent granting process. At the same time Mr Lutz mentioned that a reduction of backlogs had been achieved thanks to the implementation of the Early Certainty from Search and Early Certainty from Examination programs. The goal for the EPO is to have a complete control of the following timelines by 2020: 6 months for a search and its opinion, 12 months on average for examination, and 15 months for a standard opposition. Mr Lutz concluded his presentation by indicating that the number of grants projected in 2016 is 90 000 (compared to 68 400 grants in 2015).

Both the President and the Secretary General presented their report. Points of interest such as an analysis of the Brexit situation and work done by the Reporting Group were also on the agenda of Council's meeting as reported below. A new member of the Professional Conduct Committee was elected, namely Mr Knut Thorvaldsen (NO).

Council then turned to the report of the Litigation Committee which report analyzed the consequences of the Brexit referendum on the UPC agreement. A letter prepared by the Committee had been sent by the epi President to the Preparatory Committee to express the wish of epi that the UPC enters into force as soon as possible. Various scenarii were presented to Council depending on whether the UK would ratify the UPC Agreement before leaving the European Union, and in particular if ratification would take place early in 2017. The Litigation Committee proposed that an opinion be sought from an EU Law expert to further explore the feasibility of the scenarii presented. The pros and cons of having such an opinion prepared were discussed at length, and Council eventually decided not to ask for an opinion.

Council then had to decide on proposals to amend the Terms of Reference (ToR) of the Online Communication Committee, of the Editorial Committee and the Electoral Committee. All proposed amendments were reviewed by the By-Laws Committee. These amendments were essentially intended to bring the respective ToRs in line with today's current practice. All the proposals were approved by Council.

The floor was then given to the Reporting Group which presented a set of proposals, in particular the creation of a Nominations Committee (NC), the role of which is to ensure that there is at least one candidate for each vacant position in the Board (in its format as of 2017, i.e. an "expanded" Presidium). The NC would be composed of 6 members to be elected by Council, all being or having been a member of the Presidium and not standing for election in the Board to be elected. Council approved the creation of the Nominations Committee and its corresponding Terms of Reference, and then elected the following members: Ms Selda Arkan (TR), Mr Luis-Alfonso Durán (ES), Ms Gabriele Leissler-Gerstl (DE), Mr Sylvain Le Vaguerèse (FR), Mr Claude Quintelier (BE) and Ms Mihaela Teodorescu (RO).
The Reporting Group also proposed that the terms of the existing Committees be extended until the Warsaw Council meeting in November 2017 so that the new elected Council (in April 2017) can decide which Committee epi needs for the term 2017-2020. In this context the Reporting Group also proposed that except for Committees where there is in practice one member from each country, the Committees be populated by members having expressed their interest by sending a motivation letter and a CV. Both proposals were approved by Council.
The Reporting Group further proposed, in order to streamline the decision-making process, that Council can make decisions by internet voting. Rules for internet voting were also presented, which triggered an exchange of views. Council decided that members should be given the opportunity to express their view in a forum on the epi website (NB: which is up and running) so that a decision can be taken at the next Council's meeting.

The Treasurer presented his report: the 2016 adapted budget, showing a slight deficit (less than originally planned) was approved, and the provisional 2017 budget, also showing a slight deficit, was also approved. The Treasurer also indicated that a working group was studying the possibility to give all members of the Institute access to professional liability insurance; the Working Group intends to present a proposal at the next Council meeting. The Treasurer also asked Council to approve an amendment to Rule 154 EPC whereby a single reminder (as opposed to repeated reminders in the current version) would be sent to representatives having failed to pay the annual subscription. The proposed amendment was the result of a discussion with DG5. Council approved the proposal.

Council finally heard a report from Mr Chris Mercer (GB) on a proposed new epi studentship concept. The underlying idea is to facilitate EQE-enrolment in close collaboration with the EQE Secretariat and EQE Supervisory Board. In short, candidates are encouraged to apply to become epi Students at the start of their training. epi would check whether candidates (i) satisfy the requirements a set forth in article 11(1)(a) of the Regulation on the EQE and (ii) work under the supervision of a professional representative or work in a company whose residence or place of business is within the territory of a contracting state. If these conditions are met candidates shall be registered as epi Student and no further requirement should normally be asked by the EQE Secretariat when the time of registering for the pre-exam and the EQE comes.
Mr Mercer explained that the proposal would require (i) to adapt epi rules and by-laws, (ii) to create an "epi studentship examination Committee", (iii) to establish capacity and processes at the epi Secretariat and (iv) to establish a new fee structure for epi Students. This proposal was approved by Council.

The Secretary General then summarised the decisions and action points arising from the meeting and the President closed a long but nonetheless interesting meeting. 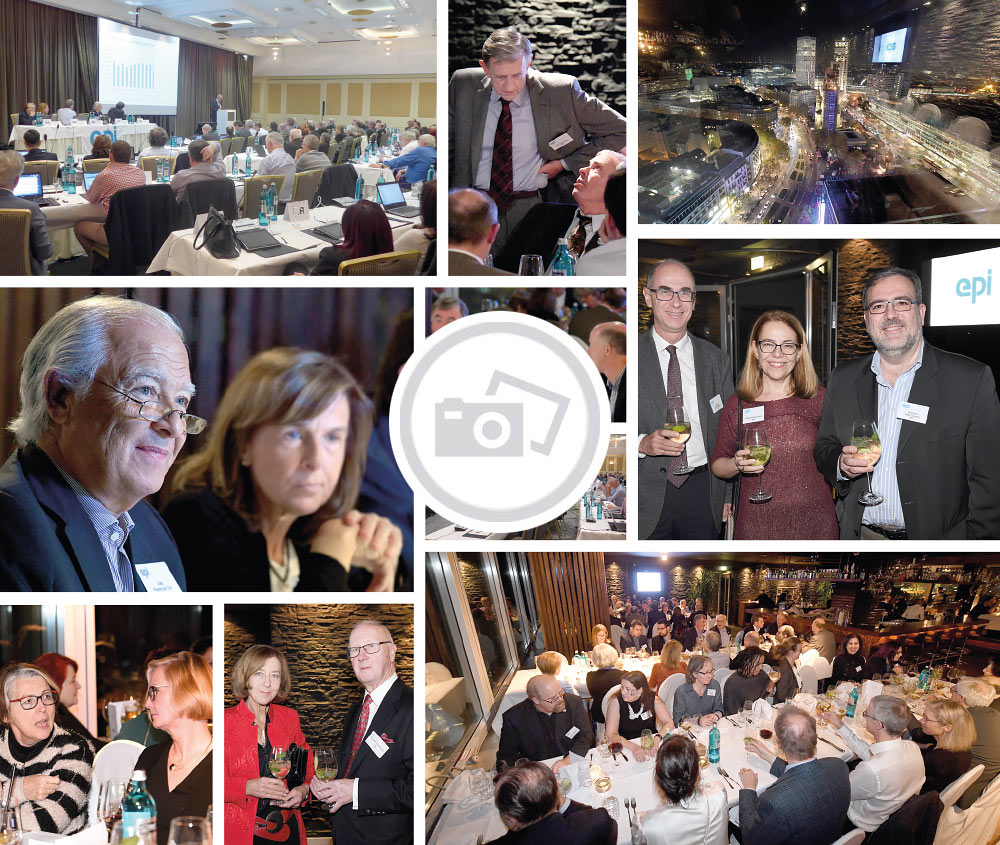