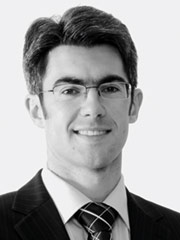 Yann Robin is a European Patent Attorney, and an associate at Marks & Clerk's Glasgow office.

It is not uncommon for the use of optional language in the claims to cause difficulties at the EPO. European Examiners sometimes object that including terms such as "optionally", "or", and "preferably", contravenes Article 84 EPC (lack of clarity). Other Examiners, without raising an objection per se, consider that optional features are non-limiting and therefore should be disregarded. A more recent trend that has been observed is the rise of objections that "optional" features are considered "unsearched" for the purposes of Rule 137(5) EPC. In this article, I investigate the nature of and the legal basis for such objections, and the implications that such objections may have on the Applicant's ability to amend the claims during examination.

Following the significant increase in 2008 in claims fees for each claim in excess of 15, a common tactic to reduce the total number of claims to be searched by the EPO, while maintaining as much of the originally claimed subject-matter as possible, involves combining related features into a single dependent claim, for example by using terms like "optionally", "or", "preferably", or the like.

While it was not unexpected to observe numerous instances of objections from the EPO on the grounds that such wording can, in some cases, contravene Article 84 EPC (lack of clarity), or that such optional features are simply non-limiting and therefore should be disregarded, a significant increase in the number of objections stating that "optional" features were "unsearched" for the purposes of Rule 137(5) EPC has been observed.

In this article, I investigate the nature of and the legal basis for such objections, and discuss the implications that such objections may have on the Applicant's ability to amend the claims during examination.

Following entry into the European phase of a PCT Application, the EPO issues a Communication under Rule 161 EPC, giving the Applicant an opportunity to amend the claims and pay any excess claims fees due for any claims in excess of 15.

At that stage, whether for commercial or strategic reasons, the Applicant may wish to maintain in the claims a number of distinct features which were originally recited in different dependent claims. Thus, in cases for which the Application originally contained more than 15 claims, the Applicant may require the amended claims to contain subject-matter relating to more than strictly 15 claims of the original claim set. This may be particularly true of overseas-originating Applications, which may not have been drafted with European regulations in mind. However, due to the prohibitive excess claims fee regime in operation at the EPO, it may not be financially viable to include more than 15 claims in the amended set of claims. In an effort to solve this dilemma, a common tactic used by patent attorneys involves combining related features (within reason) into a single dependent claim, for example by using terms like "optionally", "or", "preferably", or the like, in order to cover multiple embodiments in a single claim.

This practice can sometimes lead to an objection under Article 84 EPC, alleging that such claims lack clarity.

Referring to paragraph F-IV-4.9 of the Guidelines for Examination in the EPO, "[e]xpressions like "preferably", "for example", "such as" or "more particularly" should be looked at carefully to ensure that they do not introduce ambiguity. Expressions of this kind have no limiting effect on the scope of a claim; that is to say, the feature following any such expression is to be regarded as entirely optional."

Whilst it is generally accepted that optional features are non-limiting to the scope of a given claim, it is less evident in which cases the use of such language can always be considered to "introduce ambiguity". In a recent Decision[2], the Board of Appeal had to review the Examining Division's refusal of claims (which were otherwise novel and inventive), because of alleged lack of clarity of dependent claims containing the terms "preferably", "particularly preferably", and "in particular". Critically, the Board of Appeal held that there are no express provisions in the EPC that preclude the inclusion of optional features in claims, provided that the inclusion of such language does not create any ambiguity or confusion in the scope of the claims.

Therefore, this Decision confirms that the mere existence of words like "optionally", "or", and "preferably" should not systematically trigger an objection under Article 84 EPC. Rather, an objection should only be raised if the language used in the claim in question generates real ambiguity or confusion as regards the scope of such claim.

Of course, in practice, once an independent claim has been allowed, an Applicant may be willing to delete some optional features present in dependent claims in order to expedite grant.

Notwithstanding the above interpretation of Article 84 EPC by the EPO, a potentially much more significant impact of the inclusion of optional features in a claim is whether or not such features can be considered to be "unsearched" for the purposes of Rule 137(5) EPC.

The specific wording of this objection inevitably varies from one case to another, but the gist of the objection raised by certain EPO Examiners is that, because "optional features" do not limit the scope of the claims, they have been excluded from the search, and so are considered to be "unsearched" for the purposes of Rule 137(5) EPC. This in effect prevents the Applicant from being able to use such features as basis for a later amendment to the independent claims. If the Applicant attempts to amend the independent claims by introducing "unsearched" subject-matter, such amendment will normally be refused, and the Applicant will need to file a divisional application in order to pursue such subject-matter[3].

While a comprehensive analysis of the legal principles surrounding what constitutes "unsearched subject-matter" was provided in my earlier article published in the June 2012 edition of the epi Information[4], a summary of these principles is provided below:

"Amended claims may not relate to unsearched subject-matter which does not combine with the originally claimed invention or group of inventions to form a single general inventive concept. (...)".

The Guidelines for Examination in the EPO state at paragraph H-II, 6.2:

"If amended claims are directed to subject-matter which has not been searched (e.g. because it only appeared in the description and the Search Division did not find it appropriate to extend the search to this subject-matter, see B-III, 3.5) and which does not combine with the originally claimed and searched invention or group of inventions to form a single general inventive concept, such amendments are not admissible".

It is further stated at paragraph B-III, 3.5:

"In principle, and insofar as possible and reasonable, the search should cover the entire subject-matter to which the claims are directed or to which they might reasonably be expected to be directed after they have been amended".

Thus, paragraph B-III, 3.5 of the Guidelines clarifies that the search should cover not only the subject-matter of the claims, but also the subject-matter which might reasonably be expected to form the basis for a possible amendment.

As regards the possible interpretations in respect of the phrase "to which they [the claims] might reasonably be expected to be directed after they have been amended", T274/03 highlights that:

"(...) it is clear that post-search "switching" of subject-matter clearly implies a significant change in the nature of the subject-matter being claimed which is not normally comparable to the addition of features taken from the description to further define an element that was already a feature of the original main claim.

In accordance with the case law of the Boards of Appeal (T 377/01, point 3.1 and T 708/00, point 17, both decisions not published in OJ EPO) the Board is of the opinion that an amendment amounting to the restriction of an original main claim by including complementary features from the original description into the claim represents an admissible reaction of an applicant vis-à-vis an objection against the patentability of the unamended claim and does not constitute an abuse of the system of the nature which Rule 86(4) EPC was introduced to prevent. This type of amendment should not therefore in general be judged as contravening the requirements of the rule, even though an additional search may be required".

From the above legal framework, it can be concluded that:

In the author's view, if the Applicant deliberately included certain features in the original dependent claims, then it seems logical that such features could be expected to form the basis for an amendment during examination. Considering that "the search should cover the entire subject-matter to which the claims are directed or to which they might reasonably be expected to be directed after they have been amended" (see B-III, 3.5 above), and provided that no lack of unity was raised in respect of such features, the mere fact that a specific feature was reformulated as being "optional" during examination, and was subsequently not specifically searched by the EPO, cannot serve as justification for refusing an amendment to include such feature during examination provided there is no switching in the inventive concept. Of course, a "top-up" search might be appropriate in such instance[5].

Reaching a different conclusion would potentially lead to an Applicant being put at a disadvantage for including certain features in the claims over the same features being left out of the claims and being merely present in the description. Indeed, it is not uncommon to include a feature originating from the description in an independent claim, for example to overcome a prior art reference. Clearly, if that feature was not present in the dependent claims, then it was not originally specifically searched by the EPO. Yet, provided that it combines with the same inventive concept as the claims originally searched, that it complies with Article 123(2) EPC ("added matter"), and that it leads to an allowable claim, such an amendment is normally permissible. Therefore, it would seem somewhat obtuse for the same amendment to be rejected under Rule 137(5) EPC merely because it was included as an optional feature in a claim and was not specifically searched by the EPO pursuant to Article 84 EPC.

It appears that a consistent interpretation of the wording of Rule 137(5) EPC is yet to be applied by the EPO. It also appears that a trend in a new relationship between Article 84 EPC when relating to "optional" features, and Rule 137(5) EPC, may be developing. It is the author's opinion that, based on the existing legal framework surrounding the applicability of Rule 137(5) EPC, this relationship appears to lack legal basis. Therefore, it is to be hoped that, until certainty on this matter emerges, Applicants will not suffer undue side effects derived from objections raised under Article 84 EPC, such as those discussed in the above scenario. I would of course welcome any comments and/or diverging views on this topic from fellow attorneys.

With thanks to the following contributors[6]:
Paul Chapman, Mairi Rudkin