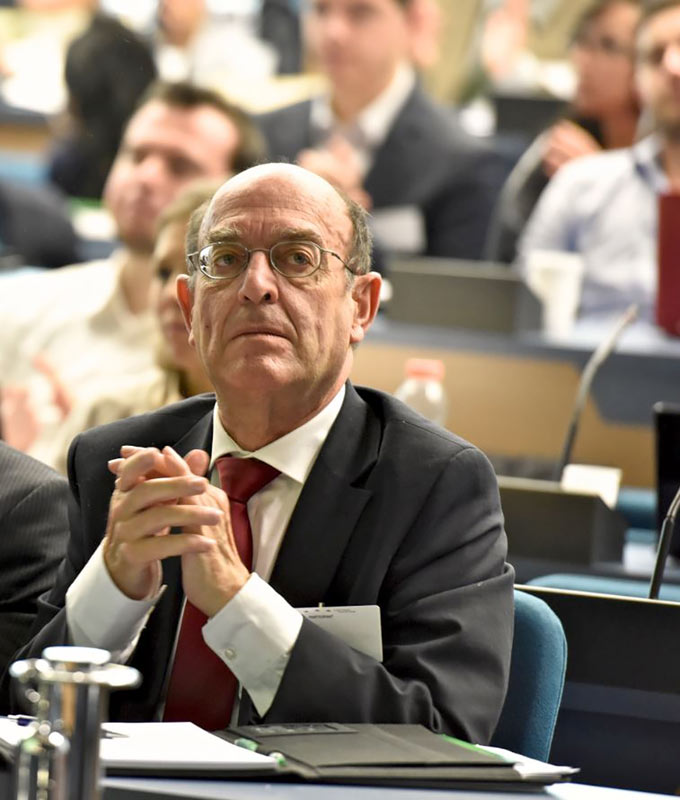 Erich Wäckerlin passed away on January 8th, 2018 at his home in Flurlingen, Switzerland. He served the EPO both as a director and as a member of the Boards of Appeal. Among his colleagues in the Boards he was known for his intelligence, competence, and dedication to judicial work. We would also like to remember him here in his role as trainer, coach, moderator and mentor for many different training events, ranging from EQE preparatory courses to seminars for judges. Many of us at the European Patent Academy had the opportunity of working with Erich, even after his retirement; more, it was a pleasure working with him, as he was always sharing his passion for communicating and transmitting knowledge. With Erich’s departure, we are losing an expert speaker capable of fascinating the audience at his lectures, thanks to both his knowledge for all facets of patent law and to his personal characteristics: we all knew him as a patient, gentle colleague, always ready to listen and to enter into constructive exchanges, with a verve and an irony which often delighted us.

The Boards of Appeal of the EPO      The European Patent Academy

The new year started with very sad news for many of us. Our fellow tutor Erich Wäckerlin passed away on January 8th 2018, after a severe illness. As was characteristic of him, this was a surprise to most of us.

During his long career in various functions in patent offices (Swiss and the EPO) Erich was very active as a tutor and a trainer at CEIPI and other instances. After his retirement from the EPO, he also continued as a technical judge in the Swiss Federal Patent Court and ran a company with his son Michael, again alongside his many training activities.

For several years I had the chance to cooperate with Erich on the epi/EPO seminar series "Life of a patent". I could not have hoped for a better partner in setting up this new seminar back in 2013. Erich was very knowledgeable in everything relating to patents, the EPC and training in general but he was also an extremely kind and nice person to work with. One could always count on him being there as a supportive presence, but never interrupting or undermining his fellow tutor. He was always a gentleman, in the best sense of the term.

Erich was also excellent company. Breakfast and dinner discussions with him were always fascinating, due to his many interests in various aspects of life such as literature, history, art and architecture. Our last discussion, in November at Prague airport after a seminar, was about buildings by Alvar Aalto in Finland and ways to visit them. Sadly, his visit could not become a reality.

Erich will be sorely missed by numerous tutors and coaches, including myself. I know it is customary to say “may he rest in peace”, and in Erich's case we can be certain that he will, as nothing else is possible for such a kind soul.