The UPC is already partially into force 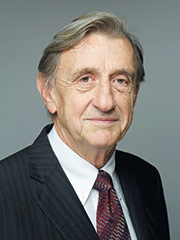 The Protocol on provisional application of the Agreement on the Unified Patent Court (UPC) entered into force on January 19, 2022 following ratification by Austria, the last country expected to do so.

The immediate consequence is the entry into force of a significant part of the UPC Agreement: almost one third of the Agreement and three quarters of the UPC Statute are now applicable.

In order to take account of Brexit, however, it is expected that the Contracting Member States will make clear in a joint declaration that ratification by the United Kingdom was not necessary for the entry into force of the protocol, contrary to what was initially planned.

What is in force:

All that is necessary (besides the establishment of a mediation and arbitration center) to enable legal actions relating to European patents, SPCs and Unitary patents (European patents with unitary effect) to be brought before the new Court on the same day as the Agreement enters completely into force.

Its members are proposed by each Contracting Member State and appointed by the Administrative Committee. It is composed of patent judges and practitioners specialized in patent law.

Its composition should ensure a broad range of expertise. This is even more important as the Advisory Committee plays a crucial role, not only for the appointment of judges, by assisting the Administrative Committee in this task, but also for the representation of parties by European Patent Attorneys, by giving opinions on the qualification requirements of these Attorneys.

The Advisory Committee shall draw up a list of the candidates it considers most qualified, which list shall include at least twice as many candidates as there are vacancies to be filled (Article 3 of the Statute). The number of candidates is more than one thousand. However, the number of positions to be filled is about 90. Indeed, the total number of local, regional and central divisions can be estimated at about twenty, with each chamber comprising three judges. As for the Court of Appeal, its two chambers each have five judges. Finally, all fields of technology must be covered by technically qualified judges, which requires a certain number of additional judges.

From the list of candidates drawn up by the Advisory Committee, the Administrative Committee shall appoint the necessary number of judges, whether full-time or part-time, so that at least one chamber can be constituted in each of the local, regional and central divisions of the First Instance and two chambers in the Court of Appeal.

As the composition of the Court should be geographically balanced, some legally qualified judges may be required to undergo training in patent law. This training, which was to be provided by a center in Budapest, will probably be provided by the European Patent Academy in Munich, as Hungary has not ratified the Agreement.

The President of the First Instance shall have an important role and shall direct the judicial activities and the administration of all divisions of the Court of First Instance (Article 14-3 of the Statute). He shall supervise the sub-registries established at the various divisions (Article 25 of the Statute). It will also intervene in the proceedings, at the request of a party, to decide on the language of the proceedings (Article 49(5) of the Agreement) or at the request of a panel, to assign an additional technically qualified judge (Article 33-3 of the Agreement).

What is not yet in force:

The other provisions of the Agreement are not currently in force.

They mainly concern the primacy of Union law, the sources of law and substantive patent law, the rules of jurisdiction as well as certain general procedural provisions which will complement the Rules of Procedure.

The entry into force of the Protocol on provisional application marks the final implementation of the Unified Patent Court and the Unitary patent.

A three-month sunrise period will be opened before autumn of 2022 to allow for the registration of opt-outs for European patents that their owners would like to see outside the jurisdiction of the new Unified Court and be dealt with by national courts.

At the end of the current preparation phase, which should last about eight months, the first actions before the Unified Court will be possible and the first Unitary patents will be granted, and this, at the end of 2022 or beginning of 2023.

* We also draw your attention to Mr. Casalonga’s article originally published in epi information 02/2018 entitled “Prepare yourself and be ready for the UPC”. This article contains a detailed discussion about the opt-out procedure which some readers may find helpful in view of the fast approaching sunrise period.
https://information.patentepi.org/issue-2-2018/prepare-yourself-and-be-ready-for-the-upc.html