What's next in the Unitary Patent Package? 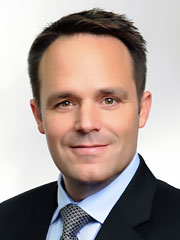 Abstract
Triggered by the deposition of Austria's instrument of ratification of the Protocol to the Agreement on a Unified Patent Court on provisional application (PPA), the final preparations for the Unified Patent Court (UPC) and the Unitary Patent (UP) have been set in motion. This article seeks to summarize the timeline and relevant issues for epi members.

The UP and the UPC are the building blocks of the Unitary Patent package which will supplement and strengthen the existing centralised European patent-granting system, which has been in the making since at least 1975https://de.wikipedia.org/wiki/Übereinkommen_über_das_europäische_Patent_für_den_Gemeinsamen_Markt. Unitary Patents will make it possible to obtain uniform patent protection in up to 25 EU Member States by submitting a single request to the EPO and the UPC will be an international court with central jurisdiction for infringement and revocation actions concerning patents granted by the EPO. Proponents hope that the UPC will make the Europe-wide enforcement of patents easier, offer greater legal certainty and reduce litigation costs.

This article seeks to summarize the next steps from the perspective of epi-members and other professional representatives to enable a smooth transition to the new era.

The entering into force of the PPA on January 18, 2022 is the birthday of the UPC as an international organisation with rights and duties, including the right to hire judges and staff, hold meetings of the administrative committee. The preparatory phase will last at least eight monthshttps://www.unified-patent-court.org/news/austria-closes-loop-protocol-provisional-application-upc-agreement-has-entered-force, i.e. until September 2022 or later and will end with the deposition of the ratification instrument of Germany and be followed by a sunrise period of three to four months within which applicants/patentees may opt their European patent application or patents out of the jurisdiction of the UPC and may file early requests for unitary effecthttps://www.epo.org/law-practice/legal-texts/official-journal/2022/01/a6.html if the patent is about to be granted. The UPC agreement will then fully enter into force on the first day of the fourth month after the deposition of the ratification, i.e. on January 1, 2023 at the earliest.

The Unified Patent Court Administrative Committee and the UPC budget committee have already held their respective inaugural meetingshttps://www.unified-patent-court.org/news/announcement-unified-patent-court-administrative-committees-inaugural-meetinghttps://www.unified-patent-court.org/news/upc-budget-committee-holds-inaugural-meeting, adopted their rules of procedure and elected their respective chairmen. An Advisory committee will start interviewing candidate judges for the at the end of March 2022. Further, some operational rules as well as the infrastructure and the budget of the Court need to be developedhttps://data.consilium.europa.eu/doc/document/ST-7265-2013-INIT/en/pdf and the EPO Select Committee in charge of the implementation of the Unitary Patent will complete its work, including the finalization of a communication programme for users and the EPO member stateshttps://www.epo.org/news-events/news/2022/20220208.html. Meanwhile, the member states will start setting up their respective local or regional divisions.

We, as epi members, may start counselling our clients and preparing our workflows for the things to come.

Opt-out or stay in?

The first decision to make for national parts of granted EP patents is whether to opt out of the jurisdiction of the UPC. The well-tested routines of national courts and proceedings and the deterring effect of the prospect of multiple separate national invalidations speak in favour of opting out. This is to be balanced with the advantages for enforcement, in particular for cross-border or multinational infringement proceedings and in UPC member states with courts insufficiently experienced in patent litigation proceedings. Further strategic considerations in this context have been discussed in a multitude of contributions available in the literature.

In any case, the decision for or against opting out should be a well-informed and deliberate decision by the proprietor rather than an unintended result of changing statutes. Professional representatives might want to avoid being blamed for lack of counselling if a future case before the UPC has an unpleasant outcome for their client.

Some members of the community seem to fear that a non-entitled strawman opts out on the proprietor's behalf, maybe with the aim of delaying the procedure by the inevitably legal conundrum ensuing. Considering the substantial claim to damages faced by the strawman, this seems to be an unlikely scenario. However, the UPC proposes setting up a Google Alert for this purposehttps://www.unified-patent-court.org/faq/opt-out.

Irrespective of the client's decision, care should be taken that the application to opt out can be validly filed only by or on behalf of the true proprietor, which may be different from the registered proprietor. Representatives might want to use the occasion for updating their data and documentation in this regard.

From a practical point of view, the application for opt out will be free of chargeshttps://www.unified-patent-court.org/sites/default/files/agreed_and_final_r370_subject_to_legal_scrubbing_to_secretariat.pdf and needs to be filed via the UPC case management system, which is already running in the test phasehttps://cms.unified-patent-court.org/login. Representatives might want to familiarize themselves with the system prior to the start of the sunrise period when the application for opt out can likely be filed.

Unitary Effect or Not?

While the request for unitary effect can be made only for patents for which the decision to grant has been published after the entry of force of the above EU regulations, the EPO has announced two options that will formally open the possibility for applicants to either delay the grant of a patent application so as to be able designate a UP or to make an early request for an EP(UP). These options are only available throughout the sunrise period and only where the EPO has despatched its Rule 71(3) communicationhttps://www.epo.org/law-practice/unitary/unitary-patent/transitional-arrangements-for-early-uptake.html. In practice, experienced representatives will undoubtedly find supplementary, informal ways to further delay the issuance of a Rule 71(3) communication or a decision if the applicant strongly wishes to obtain a Unitary Patent even now.

A conclusive review of the arguments speaking in favour or against filing a request for unitary effect is beyond the scope of this article. These arguments obviously include a cost calculus, which may have changed after Brexit since UK was among the "Top 4" countries which had been used as the basis for setting the annuities. Beyond the question of costs, it should be noted that the UP offers more than the sum of a bundle of national patents for cross-border or multinational infringement matters because a series of actions in different states, none of which would amount to a direct or indirect infringement of an individual national patent (e.g., due to the lack of double domestic nexus), may well infringe the Unitary Patent.

Once the instrument of ratification has been deposited by Germany, it will be possible to request a delay in issuing the decision to grant a European patent after despatch of a communication under Rule 71(3) EPC by the Office and before approving the text intended for grant and/or to file early requests for unitary effect already before the start of the Unitary Patent system, the latter request using a new form UP 7000 which will be made available via Online Filinghttps://www.epo.org/law-practice/unitary/unitary-patent/transitional-arrangements-for-early-uptake.html. Professional representatives should prepare themselves and their clients by adapting their letters and databases.

The prospect of the UPC and the UP finally becoming reality after their long and winding history fills the author of this note with pleasant anticipation. All the preparations appear to be on track and on schedule such that, barring surprises, the UPC agreement and the associated EU Regulations will enter into effect in early 2023. This development strengthens the European Patent and is beneficial for both the associated industry and their clients. Thorough preparation and counselling will surely lead to a smooth transition.