The following is a brief report of the main topics considered during the subject meeting.

The report does not constitute in any shape or form the Minutes of the meeting.

The meeting was opened by President Tony Tangena who, as the meeting was the first following the election, welcomed the new Council, particularly newly-elected members, and thanked the previous Council for its support and service over the previous three years.

Mr. Müller reported that 50% of candidates for election to the new Council had provided cvs, and that there was a 76% turn-out.

The Minutes of the precious meeting, C81 in Berlin, were approved with minor changes.

The Secretary General reported that the Secretariat was functioning well, and that the website was up and running, was in good shape and was well-visited. Upgrading of the website was work-in-progress of the Editorial Committee. The report was approved by Council.

The Treasurer reported that income had increased and expenditure decreased owing largely to IT costs being down and from savings on printing and postage as epi Information was now online. Council thanked the Treasurer for his assiduous attention to foster the financial health of the institute, he in turn thanked the Finance Committee for its important work in monitoring the finances and for their support.

Council then discharged the Treasurer for 2016.

Council then voted in favour of discharging the outgoing Board en bloc for 2016.

There were two candidates for President, Francis Leyder (BE) and Chris Mercer (GB). Each gave a brief oral address to Council to supplement their respective previously-circulated written cvs.

Council voted. Francis Leyder was elected President, and took the chair. He thanked Tony Tangena for his service to the epi, and presented him with a small gift in token of that service. Tony thanked the team that had supported him, and wished the new President and Board well.

Council then elected the following: as Vice-Presidents:

As Deputy Treasurer: Paolo Rambelli (IT)

Peter Thomsen then gave a brief outline of future projects, including bringing the date for payment of members' annual subscriptions forward from 1st May to 1st April, with consequent changes in late payment rules, and professional liability insurance for members.

Council approved the package, then Peter Thomsen reported on the possible new scheme for professional liability insurance which would be applicable for all members in all Member States via a Lloyd's broker, as distinct from the existing scheme available via Axa for excess claims. The Lloyd's scheme would (i) cover all EPAs and EPA-supervised trainees, (ii) cover all EPO and NPO work (with NPO work being removed from cover at a reduced premium), and (iii) cover TM and Design work for an additional premium.

The basic premium would be calculated on annual turn-over per epi member net of official fees, the coverage being for claims between 0.5m and 5m Euros per year.

Peter Thomsen advised Council that Lloyd's were able to bring the scheme into effect for the current Council term, but required a premium of 200,000 Euros per year. There could be a 'gap' for the current year, which could be covered by transfer from Axa at no additional charge for a member transferring.

After a discussion, Council approved by a vote: (i) the general Lloyd's concept, (ii) to accept any financial risk to the epi to cover the 'gap' up to a maximum of 200,000 Euros, and (iii) that Peter Thomsen could progress the matter with Lloyd's and to report further in due course.

President Francis Leyder then welcomed Mr. Benoit Battistelli, President of the EPO, which hosted the meeting, and invited him to address Council.

President Battistelli gave a wide -ranging address. In addition to the 38 Member States, there were now two extension states and two validation states, Morocco and Republic of Moldova, with more in the offing, namely Tunisia, Cambodia and Laos at least. The EPO he reported is the second largest intergovernmental institution in Europe, and its 7000 employees, 4,300 of whom are examiners, work to a high quality having gained an ISO 9001 Certificate. There is a two year training programme for examiners, and there is no outsourcing of examination work. In 2016, Mr. Battistelli reported that the EPO had increased production by 8.5%, stock had been reduced by 13% and costs reduced by 20%.

48% of applications currently came from Member States, followed by US, JP, South Korea, and PRC. As to the PCT, Council was informed that the EPO handled 36% of ISRs and 63% of IPEAs. Of interest to Council Mr. Battistelli reported that three studies had been commissioned to assess recent EPO achievements, namely a social study by PWC a financial study by Deloitte, and a health and safety risk study by HRSM. As regards the Boards of Appeal, there was work being done within the current EPC to increase their independence and efficiency. They would have a new building in Munich separate from the EPO, the new building should be ready in September or October. Moreover, the EPO would attend the 10th IP5 heads and the 6th IP5 heads/industry meetings in Malta, 30th May-1st June.

The EPO expected the UPC to come into force 3-4 months from the decision to implement it.

There was a brief Q and A session, during which Mr. Battistelli said that EPO initiatives outside the 38 Member States were of benefit to European industry, increased local IP awareness, and local inventiveness by accepting EPs.

Council thanked Mr. Battistelli with acclamation for his address.

The second day opened with a report by John Brown on harmonisation. The epi has been invited to the next IP5 meeting; two epi members will attend. John reported that he will also attend a seminar to be hosted by the UK IPO. The meetings are, he added, not likely to discuss the grace period, reminding Council that the epi's position was (i) against, unless (ii) it was used only as a safety net in a wider harmonisation package. He thanked our in-house legal advisor Amparo Campos Coll for her input.

The Reporting Group then reported. Luis-Alfonso Durán Moya (ES) thanked past President Tony Tangena for his support, and reminded Council that the Group's mandate was to seek to reform the epi to make it more efficient, and more transparent to members and outside parties. In Berlin it had been decided to set the structure of the Committees at the current meeting, and that the population of the Committees was to be decided at C83 in Warsaw. After discussion and where appropriate voting, Council decided on the structure of various Committees as follows:

Online Communications: increase from 9 to 11 full members (no substitute members, associate members being possible as well as the assistance of a paralegal in relation to electronic filing, and a member for liaising with the EPPC and LitCom);

EPPC: 38 members (one per Member State) and the committee to be reorganised into 4 technological groups, namely Mechanics (10 members), Chemistry (8 members), Pharma (10 members) and ICT (12) members);

Biotech Committee: no change, to remain a separate committee of the epi; 1 full member per member state

Patent Documentation Committee: dissolved (with the caveat that the Institute will continue to designate 4 members to the SACEPO/PDI working party on documentation).

Council approved the Reporting Group continuing its work until at least C83 in Warsaw.

It was also agreed that the Institute's Code of Conduct would be revised to include reference to the UPC, the revision to be considered by Council at C83 in Warsaw.

Finally, under AOB, Council decided (i) that a new member for BE should be appointed up to C83, to replace Francis Leyder, (ii) that the epi guidelines on non-attendance at BoA OPs should be extended to opposition and examination OPs, and that the Nominations Committee will deal with nominations for committees where an election is required. 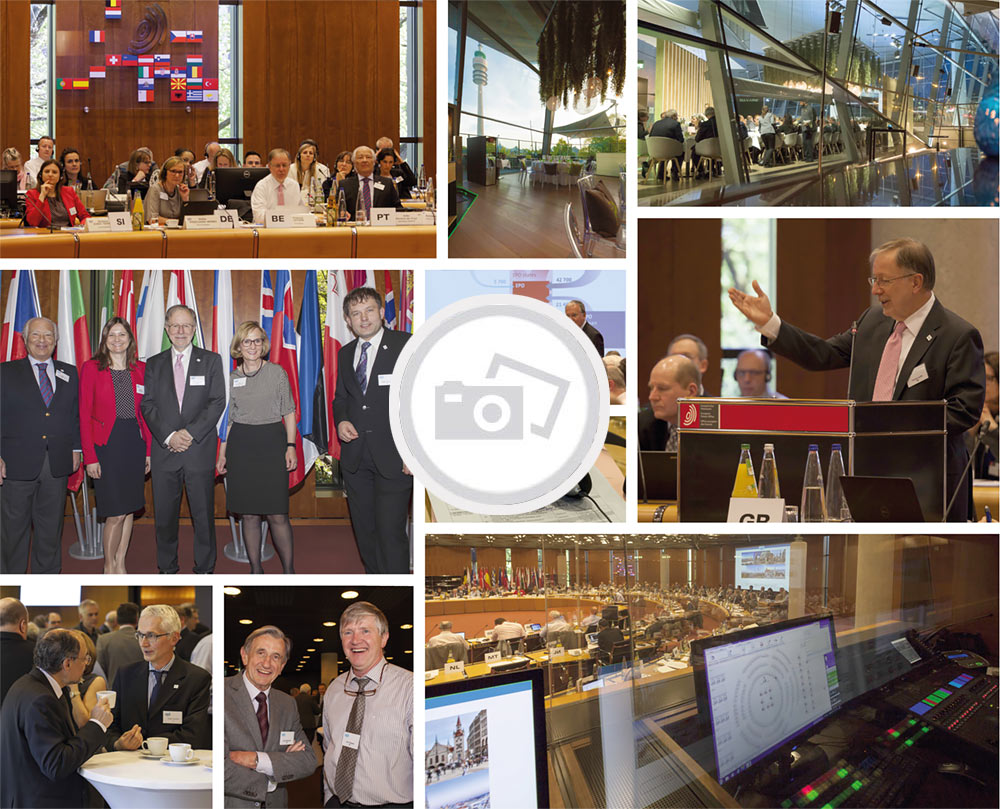