Report of the epi-Finances Committee 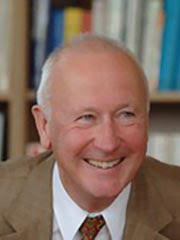 The 82nd Meeting of the epi-Finances Committee took place in Berlin on 8 and 9 April 2019. The Treasurer and Deputy Treasurer attended as invited guests, as did the Internal Auditors.

The Treasurer reported on the financial position of epi as of the end of 2018. The Committee notes with approval the out-turn of a small surplus as being somewhat better than the budgeted loss for the year.

The Committee notes the likely financial impact of significant numbers of candidates succeeding in the 2018 EQE. The Committee also congratulates the successful candidates.

IT costs in the Institute have increased in recent months. The Committee is satisfied with the explanation that many of the increased costs are one-offs and/or result from depreciation of purchased assets. However the Committee generally urges the Treasurer to try and ensure that trends in income and expenditure are consistent with one another, and of Iow volatility.

The number of Members paying their subscriptions late has decreased in 2019 compared with previous years. The Committee notes this development with approval.

The Committee also is encouraged that significant numbers of Members pay their subscriptions using PayPal or credit cards.

The Committee again discussed a double written approval proposal but deferred any decision for the time being, pending progress in the appointment of an Executive Director.

This person would be responsible for supervising and managing the Secretariat, and discharging several robes currently undertaken by the Treasurer and Secretary General. The work of these officers bas become increasingly complex in recent years. epi can no longer expect Members to take on such responsibilities on a voluntary basis. In view of this the Committee strongly supports the proposal to appoint an Executive Director, accepting that in the long run this may give rise to an increase in the subscription fee in order to cover costs.

Requests for the provision of certificates confirming that no disciplinary complaints are proceeding against individual members are sometimes received. They require considerable effort on the part of the Secretariat and the Treasurer to deal with. The Committee therefore approves the Treasurer's proposal for epi to charge a minimum of €120 for each certificate, in order to cover the costs involved.

The Committee discussed a proposal to discount the subscription fees payable by Members in the year of passing the EQE. On balance the Committee does not support this proposal, in view of the administrative complexity that is likely to be involved.

The Committee received an interim report from Mr Quintelier on the progress of the Working Group Reviewing Reimbursement Rules and Processes.

The Committee reviewed draft Decision C86 put forward by the Internal Auditors, and supports the proposal to approve this decision (which should replace Decisions C77 (Hamburg) and C73 (Milan)).