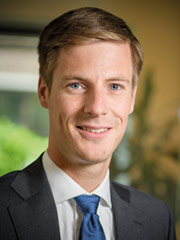 Some forty years after the introduction of the problem-solution approach (PSA),[1] this article aims to provide a brief summary of the modern PSA; the application of which is now expected on the EQE.[2] In particular, whereas the EPO Guidelines describe the PSA as consisting of three steps (in chapter (G-VII, 5), EQE candidates are typically taught to use a PSA consisting of 10 or more steps when sitting Paper C of the EQE.[3] The individual steps of this 'exam-style' PSA or 'modern' PSA will probably be familiar to many European patent attorneys but the overall 10+-step approach cannot be found easily in either the Guidelines or the general literature. The present article aims to fill this gap by providing a concise step-by-step outline of the 10+-step PSA.
I leave open the question of whether the 'exam-style' PSA described herein is relevant for actual patent proceedings before the EPO. However, I note at the outset that the Exam Committee for Paper C consists of both EPO officers and European patent attorneys. Paper C is therefore neither an academic exam nor completely detached from daily practice.

2. The basic steps of the modern PSA

The three main stages of the PSA are A) determining the closest prior art, B) formulating the objective technical problem and C) assessing whether the claimed subject-matter is an obvious solution for that objective technical problem (Guidelines G-VII, 5).
The sub-steps of an inventive step attack as expected for Paper C of the EQE are described below. The steps are formulated from the viewpoint of an opponent because the candidate's task is to draft a Notice of opposition in Paper C of the EQE.

A2) Identifying the prior art document[5] having the same aim or purpose as the claimed subject-matter, or at least belonging to the same field. If there is only one such document, this document is the closest prior art (CPA);

A3) If two or more documents are available which have the same aim as the claim to be attacked, the document which forms 'the most promising springboard' to arrive at the claimed subject-matter is selected as the CPA, for instance the document having the most features in common.[6]

B) Formulating the objective technical problem
B1) Showing which features of the attacked claim are anticipated by the CPA. In other words, a partial novelty attack is presented against the attacked claim. More precisely, a novelty attack based is presented, using the CPA as novelty destroying for some but not all of the claim features. The 'remaining' features which provide for novelty of the claim are the distinguishing features of step B2;

B3) Discussing whether the CPA simply lacks the distinguishing feature or if it uses some other feature instead (the latter is important for step B4);

B4) Identifying the technical effect that is (actually) achieved by the distinguishing feature (as identified under B2) in comparison to the CPA. This technical effect must also be derivable from the application as filed;[7]

B5) Formulating the objective technical problem as 'how to modify the closest prior art to achieve the technical effect' (or, if no technical effect is achieved over the CPA, as 'providing an alternative to the CPA', see §3).

C) Obviousness
In stage C, it is shown that modifying the CPA with the distinguishing feature is an obvious solution to the objective technical problem in view of a second document (referred to as D2), using the following steps:

C1) Showing that the skilled person trying to solve the objective technical problem would consult the second document D2;

C4) Explaining that there are no technical obstacles for applying feature F in the context of the CPA (e.g., no incompatibility of the teachings of D2 and the CPA)[9] and discussing that the skilled person would make any further modifications of the CPA that are required to arrive at the subject-matter of the claim (e.g., make any necessary workshop modifications);

C5) Concluding that the skilled person therefore (not only could, but) would have modified the CPA with feature F to solve the objective technical problem, showing that the skilled person thereby would have arrived at something falling within the ambit (i.e., subject-matter) of the claim under consideration, and concluding that the claimed subject-matter is therefore obvious and does not involve an inventive step (Article 52 and 56 EPC).

This gives in total 13 steps, each of which can be the subject of debate between parties during opposition proceedings. Step B4 (technical effect) in particular is often the subject of intense debate in chemistry, biotech and pharma cases.

In the following, I briefly summarize the most important special cases for the PSA.

The PSA is applied in a slightly modified way in the following circumstances:

1) Alternatives. If the distinguishing features do not provide for a technical effect over the prior art, then the objective technical problem is formulated as 'providing an alternative'. Importantly, the claimed subject-matter may still involve an inventive step, namely if it is a non-obvious alternative.

2) Partial problems. If there are two or more distinguishing features, the first question is whether these features are functionally interdependent. If the features are, e.g., a mere aggregation and do not achieve a technical success over and above the sum of their respective individual effects, then the 'partial problem' approach can be used. This has the consequence that steps B4-C4 can be carried out for each distinguishing feature separately. If the distinguishing features functionally interact with each other (e.g., their combination provides for a synergistic technical effect), steps B4-C4 are carried out for the features in combination and obviousness must be shown for the features in combination. If the 'partial problems' approach can be applied, it is enough to show obviousness of the individual features, which typically is easier (Guidelines G-VII, 5.2, §8).

3) Comvik approach. It is established case law of the Boards that it is legitimate to have a mix of technical and 'non-technical' features in a claim. Inventive step, however, can be based only on technical features. Non-technical features[11] do not provide a technical contribution to the art and are thus to be ignored in assessing inventive step. This is done by including the non-technical elements in the statement of the objective technical problem (the so-called Comvik approach, T 641/00; G 1/19, r.30-34; Guidelines G-VII, 5.4). A typical case is a claim directed to a computer-implemented method specifying both (non-technical) features reflecting a business concept and (technical) feature pertaining to hardware and software (e.g., a server, a database). Only the latter features are taken into account for inventive step (even if the business concept is innovative). The objective technical problem is accordingly often to be formulated as 'how to implement the business concept' (T 144/11 hn.). Whether the claimed specific technical implementation would have been obvious to the skilled person is subsequently to be assessed in stage C (see also Guidelines G-VII, 5.4.1).

Furthermore, there are three exceptions (or corrections) to the PSA:

1) Problem inventions. The discovery of an unrecognised problem may give rise to patentable subject-matter in spite of the fact that the claimed solution is, retrospectively, trivial and in itself obvious (T 2/83). Since 2010, problem inventions are no longer discussed in Guidelines G-VII, 10 but examples can be found in recent case law at T 764/12 and T 2321/15.

Basically, in step B5, the patentee (or applicant) shows that the skilled person would not have recognized the objective technical problem and therefore would not have looked for a solution, such that the claimed subject-matter is inventive based on the identification of the problem.

2) Bonus effects. Even if the technical effect is unexpected, it might still be the case that it would have been obvious for a skilled person to arrive at something falling within the terms of a claim, having regard to the state of the art. This may occur, for example, due to a lack of alternatives, thereby creating a 'one-way street' situation. In such a case, the unexpected effect is merely a bonus effect that does not confer inventiveness on the claimed subject-matter (Guidelines G-VII, 10.2). To summarize the Guidelines, if the prior art already teaches applying the distinguishing feature F for obtaining advantage X, it is irrelevant when assessing inventive step that the patent teaches that the feature F (also) achieves a different effect Y, irrespective of how surprising effect Y might be. In summary, the 'bonus effect' exception may be invoked for negating inventive step.

3) Multiple starting points. The Guidelines state that in case inventive step is to be denied, 'it is sufficient to show on the basis of one relevant piece of prior art that the claimed subject-matter lacks an inventive step: there is no need to discuss which document is "closest" to the invention; the only relevant question is whether the document used is a feasible starting point for assessing inventive step' (Guidelines G-VII, 5.1). Hence, stage A can be essentially dispensed with if inventive step is to be denied, according to the Guidelines. Stages B and C are however inextricably linked.

While the present article summarizes the 'modern' or 'exam-style' PSA and the main exceptions, it must be emphasized that further modifications and exceptions can be found in the case law.[12]

Furthermore, precise formulation of the steps is the subject of the ongoing development of the case law. For instance, what exactly constitutes a sufficient motivation to apply a feature in step C3 remains a subject of debate.[13] Accordingly, the present article provided a summary of the 13-step PSA instead of a comprehensive review.

The 13-step PSA may be considered 'modern', as stated in the title of the present article since it is currently used for the EQE. It is therefore at least the 'modern exam-style PSA'. In addition, the 13-step PSA appears to provide for a more structured step-by-step approach to stage B and a more systematic analysis in step C compared to some older applications of the PSA.[14]

Finally, practitioners might be reluctant to use the rather rigid 'exam-style' PSA in opposition proceedings with the EPO, let alone in national court proceedings. Nevertheless, both the EQE course books and the official model solutions[15] provided each year for Paper C show that a model inventive step attack is nowadays expected to include significantly more steps than the three steps discussed in the Guidelines, at least in the exam for becoming a European patent attorney.