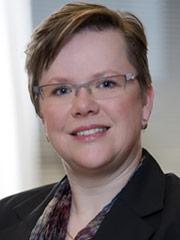 Importance of the case

In my opinion, G1/19 has the potential to become a highly important landmark decision for computer-implemented inventions in general. When I heard the arguments go back and forth during the oral proceedings, it occurred to me that this is not just a case about simulations. The issues underlying the questions and arguments go much deeper, maybe even to a philosophical level, marking a transition from “real-world technology” to “virtual-world technology”.

I noted that in the discussion the focus appeared to be on the part relating to “the computer-implemented simulation claimed as such” of question 1 of the referral. The Enlarged Board indicated that they interpret the “as such” to mean that here is only numerical input and output, and no relation to the physical world.

It is a question whether the Enlarged Board will take such a step, as it would most likely mean that the criteria with respect to the technical character of computer-implemented inventions will become less strict. However, on the other hand the question is also whether the EPO can afford to not take such a step.

As both the applicant/appellant and the representatives of the President pointed out during the oral proceedings, a computer-implemented simulation tool is in many technical fields the modern replacement of laboratory experiments. For those “old fashioned” methods of experimentation in the physical world, there is no discussion at all as to whether they have sufficient technical character to be patentable. So why would technical character, and therewith patentability, be denied for their modern day replacements, which produce a similar kind of output: information about a technical system or process?

While G1/19 specifically relates to methods involving computer-implemented simulations, similar situations arise in other fields of computer-implemented inventions. We live more and more in a virtual world, and with the current situation in view of the corona virus, this already ongoing process of virtualisation is even accelerated significantly. Will our European patent system be able to keep up with this transition while at the same time safeguard the careful balance in the EPC between what is patentable and what is not? In the documents relating to the Revision Conference of the EPC, we read that it was decided not to incorporate a definition of the word “technical”, as this might inhibit the patentability of future, at that point in time unforeseeable, technologies. It appears that we now are indeed at such a point.

Main topics and arguments as discussed during the oral proceedings

Below I will tell a bit about what was discussed during the oral proceedings, with the disclaimer that it reflects how I understood the case, the submissions of the applicant/appellant and the representatives of the President, and the remarks, comments and questions of the Enlarged Board.

“If the answer to the first question is yes, what are the relevant criteria for assessing whether a computer-implemented simulation claimed as such solves a technical problem?“

The Enlarged Board indicated that they have doubts as to whether answering this question is necessary to answer the other questions. Furthermore, they doubt to what extent the position of the referring Board actually deviates from T1227/05. In T1227/05, Reasons 3.1.1, it is said that a simulation “may be a functional technical feature”, which in the provisional interpretation of the Enlarged Board does not mean that a simulation is by definition a technical feature – T1227/05 leaves room to conclude that it is not.

In addition, the Enlarged Board noted that asking for “a list of criteria” to assess whether a computer-implemented simulation claimed as such solves a technical problem is in fact a very broad question. They pointed out that the Enlarged Board has the option to reformulate a question of a referral.

There was some discussion about how the words “as such” had to be interpreted, but this discussion did in my perception not reveal any major or fundamental differences. The Enlarged Board indicated that they for now considered it to mean that the simulation only involved numerical input and output, without relation to the physical world.

The preliminary opinion of the Enlarged Board is that this question has to be answered positively, but they still have some questions. These questions have also been formulated in a Communication from the Enlarged Board of 22 June 2020, which can of course be found in the register.

The first question of the Enlarged Board to the appellant and the President is:

“Is the case law generally referred to as “COMVIK case law” (as summarised e.g. in T 154/04) suitable for the examination of computer-implemented simulations?”

With respect to the second sub-question asked by the Enlarged Board, the applicant/appellant referred to projects carried out by two of the members of the Enlarged Board when they studied at the Munich University of Technology. In these projects, mathematical methods such as graph theory were used to improve a technical system. The applicant/appellant argued that there could be no doubt that these were technical projects. Numbers in simulations are not just numbers, they represent technical information.

The third sub-question that was asked by the Enlarged Board was:

With respect to this question the applicant/appellant stressed again the importance of the purpose of the invention. They referred to an example in which a simulation is used to forecast the weather. The weather is not a technical system, and reality cannot be influenced by the simulation, only be better understood. However, if such a simulation system is used to control window blinds, the system becomes technical. The same applies to this case: the simulation of what goes on in the building is technical. It is not relevant that human behaviour is involved in this simulation.

However, in the opinion formulated by the representatives of the President, the claims must still be limited by including a technical means such as a computer. In addition, in line with T1227/05, the claims should be limited to an adequately defined class of technical systems.

After the lunchbreak, the questions 2 and 3 of the referral were discussed. The Enlarged Board presented their preliminary opinion on the second part of question 2, saying that it would not be a sufficient condition that the simulation is based, at least in part, on technical principles underlying the simulated system or process. With respect to question 3 of the referral, the Enlarged Board’s provisional opinion is that there should be no special treatment when the simulation is claimed as part of a design process. The answers to questions 1 and 2 would therefore remain the same.

The applicant/appellant argued in respect of question 2 that the technical purpose of the invention should be a highly relevant criterion in order to determine whether a computer-implemented simulation claimed as such solves a technical problem.

They also noted that a lot of emphasis is put on the phrase “functional technical feature” of Reasons 3.1.1. of T1227/05. The applicant/appellant hopes the Enlarged Board will in their decision shed some light on what this phrase actually means.

The discussions in the oral proceedings in G1/19 before the Enlarged Board of Appeal of 15 July 2020 made clear that there is a serious need for clarification with respect to the patentability of computer-implemented inventions, in particular computer-implemented simulations. Technical Boards of Appeal may write beautiful phrases like “functional technical feature” or “an adequately defined class of technical systems”, but the field would welcome more specific guidance to work with in daily practice.

Hopefully the Enlarge Board will give us new insights, clarifications and explanations, and the grey area of computer-implemented inventions will become a little less grey after the decision in G1/19 is published.