Traditionally on election years the Council meeting following the election is scheduled for 1 and a half days. This year, however, the meeting was scheduled for one day only because of the Covid-19 pandemic. In view of this extraordinary situation, a pre-meeting was held on 18th June 2020, also by videoconference.

1/ The purpose of the pre-meeting, which was scheduled for a 2-hour session, was inter alia:

It is worth mentioning that the pre-meeting was attended by a total of 171 participants, full members and substitute members of Council, and support staff.

2/ The pre-meeting was opened at 10 am by President Leyder. A request was filed by the Dutch delegation concerning the legality of holding the Council meeting by videoconference. The President indicated that the Presidium decided to cancel the place and date of C88 because of the pandemic. The Presidium had extensive discussion with the By-Laws Committee (BLC), the latter being supported by the Legal Advisors from the Secretariat. The BLC came to the conclusion that epi could invoke force majeure in view of its international status, and that the Council meeting could be held “online” in view of Articles 55-2 and 55-3 of the By-Laws. It was also pointed out in each election year, according to Article 23 of the By-Laws, Council had to elect (i) Board members, (ii) auditors and their deputies, and (iii) members of the Disciplinary Committee.

3/ Before the candidates were given the floor, the following reports from Committees were presented:

4/ The following candidates then introduced themselves.

After the presentation of all candidates, President Leyder closed the meeting.

Mr Gray, the Chair of the OCC and all the Secretariat staff were warmly thanked for making the arrangements for the meeting to be held by videoconference. Warm thanks were also expressed to the BLC which provided extensive support.

Council then observed a minute of silence in memory of Mr Alberto de Elzaburu (ES) who passed away during the Easter week-end at the age of 92. Two Council members, Mr Saez Granero and Mr Casalonga, addressed Council to give a eulogy.

As was done during the pre-Council meeting, Mr Gray explained the the various functions of the videoconferencing system, and two rounds of voting test were carried out to make sure everybody was comfortable with the voting tool. At that point 208 participants were in attendance, full members and substitute members of Council, scrutineers, observers and support staff.

2/ Appointment of scrutineers
Ms Leissler-Gerstl (DE) and Mr Stöckle (DE), both from Munich, were unanimously appointed as scrutineers.

3/ Results of the election
Mr Müller, the Chair of the Electoral Committee, referred to his report in the accumulated file. Only 6 ballots out of 12741 were sent by post (and all the others electronically). The turnout for the election was 27.4%, to be compared with 26.1% in 2017, 31.5% in 2014 and 39.1% in 2011.
Mr Müller informed members of split constituencies that if they intended to change to unitary constituency then this should be done no later than the year before the next election.
President Leyder thanked the members of the Electoral Committee and, while the list of successful candidates was displayed on a screen, informed Council members that no objections had been raised, and accordingly confirmed the validity of the election. The meeting was therefore duly constituted as the New Council.

4/ Adoption of the provisional agenda
The agenda was adopted (125 votes for, 1 against, 2 abstentions).

5/ Adoption of the minutes of the 87th Council meeting – matters arising from said minutes and all previous Council and Board meetings
The minutes of the last Council meeting were approved (127 votes for, 0 against, 6 abstentions). The Secretary General informed Council members that the action points arising from the last meeting had been completed. It was further noted that the Presidium had established a list of cooperation matters between epi and the EPO.

6/ Report of the President and Vice-Presidents
The President referred to his report in the accumulated file, and informed Council members that 10 Presidium meetings and 4 Board meetings had taken place over the past 3 months. Vice-President Vogelsang-Wenke also referred to her report in the accumulated file. Vice-President Kunič Tešović expressed her thanks to Council members for the work done over the past 3 years, in particular for the fact that the workshare initiative had been completed.

A discussion ensued regarding the Annual Report 2019, and whether or not a passage of the report actually reflected the Board’s position. It turned out that the Board had decided to delete the passage in question and that the wrong document had been included in the accumulated file. The revised version was approved by all voting members but one who abstained.

8/ Report from the Treasurer
a) The overall financial result for 2019 is +220 k€ whereas a deficit of 65 k€ had been planned. Income revenues were slightly higher than expected, because a high number of candidates passed the EQE, generating additional subscription fees, and because the subscription payment was streamlined under amended rule 154 EPC. Expenses were substantially lower than planned for all cost centres, save for the IT cost centre.

b) The Treasurer then provided an update on a number of topics and on-going projects, including:

10/ Report of the Internal Auditors
The Internal Auditors suggested to review the cost centre structure and to optimize the allocation process, and to change the accounting year from the 1st of July of year X to the 30th June of year X+1 (instead of 1st January to 31st December of the same year).

The Internal Auditors also presented a motion to release the Treasurer from liability for the accounting year 2019. The motion was approved (128 votes for, 0 against, 5 abstentions).

Council also voted to release members of the previous Board from liability (127 votes for, 0 against, 6 abstentions).

11/ Situation of the 2020 Budget
The Treasurer explained that due to the Covid-19 pandemic, the income for 2020 will be lower than expected (essentially because since the EQE has been cancelled there will be no new members in 2020) whereas at the same time the expenses will be much lower than expected (substantial savings will be made on Council and Committee meetings). At of the end of June 2020, a planned excess of +30 k€ is foreseen. The Treasurer indicated that there was no need for the time being to amend the budget, which will be adapted if and as appropriate at the next Council meeting.

The Treasurer then mentioned that he intends to take into accounts some the remarks made by the Internal Auditors, notably with respect to improving the accuracy and timeliness of the accounting processes and to reviewing the cost account structures of epi .

12/ Election of Board Members
After a break, the meeting resumed and was chaired by Vice-President Kunič Tešović. The elections to the various positions of the Boards took place using a voting tool. The results of the elections are as follows.

After this vote, Mr Zsolt Szentpeteri (HU) withdrew his candidacy for the position of Treasurer.

After this vote, Ms Magdalena Augustyniak (PL) withdrew her candidacy for the position of Deputy Treasurer.

13/ Election of members of the Disciplinary Committee
There was one candidate per country. All of them were elected (122 votes for, 0 against, 3 abstentions). The list of the members is available on the epi website ( https://patentepi.org/en/epi-bodies/the-disciplinary-committee.html ).

A discussion followed regarding the creation of a new Committee, namely the IP Commercialization Committee (IPCC - see report of pre-meeting). Questions were asked about what this new Committee would in practice do for the benefit of members.

The following motions were then presented to Council.

a) Does Council agree to the setting up of a Committee dealing with IP commercialization?

The required 2/3 majority of voting members was obtained

b) Does Council approve the terms of reference of the IPPC with the word “advise” being replaced by “deal with”? 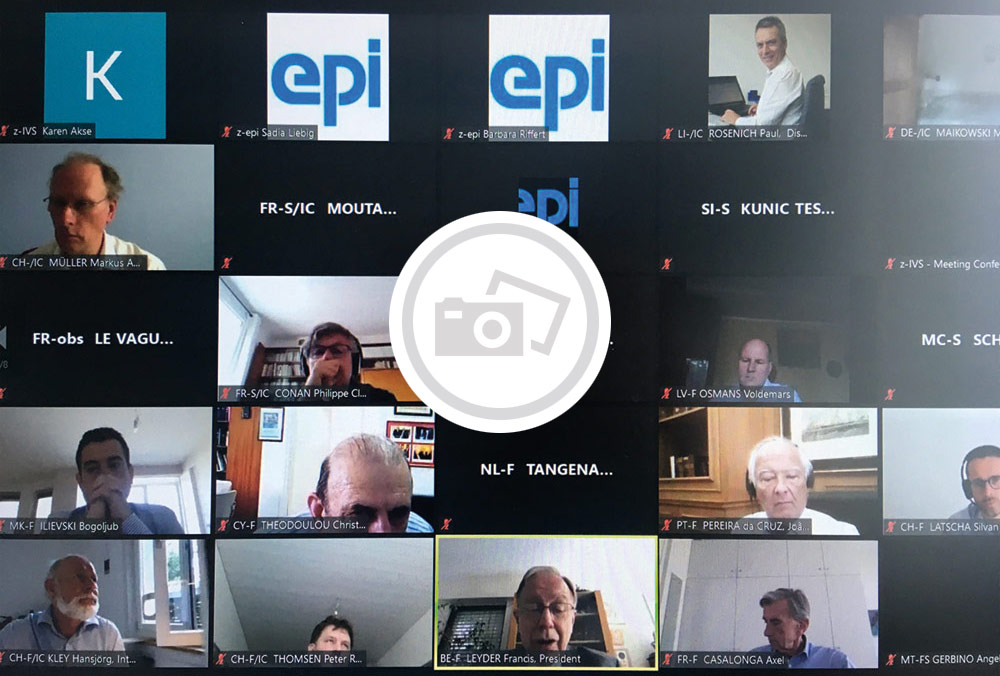