Report of the Disciplinary Committee 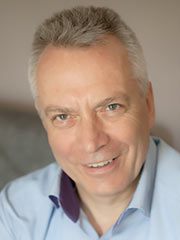 Due to the Covid-19 pandemic we had to cancel the first (inaugural) meeting of the new Disciplinary Committee (“DC”) that had already been scheduled to take place in Lisbon 11th-12th of June 2020.

Initially scheduled to take place in Glasgow on 11th and 12th of May 2020, the epi C88 Council meeting was held on 29th of June 2020 by video conference. On this occasion the election of the members of the Disciplinary Committee took place. All candidates from their respective countries were elected by acclamation.

In view of the smooth operation of the e-Council meeting the Disciplinary Committee decided to held its inaugural meeting shortly after this meeting also by video conference and set the date for the 22nd of July 2020.

At this meeting, the only new member of the DC, Ms Lenka Litváková, representing SK in the DC, was introduced to the other members of the committee. Furthermore, all of the Officers of the past DC were re-elected unanimously by the members of the new DC.

The DC is an important body of the epi and the European Patent Organization and its passionate and dedicated Members do their very best to help with their work to maintain the high reputation our profession enjoys worldwide. The DC is organized in a number of Chambers which form the first half of the first instance of the Disciplinary Bodies of the European Patent Organization and shall consider any alleged breach of the Rules of Professional Conduct by an epi Member which is brought to its notice in writing.

Members of the DC need to have very good knowledge of the European Patent Convention, the Regulation on Discipline, the epi Code of Conduct and the Additional Rules of Procedure of the Disciplinary Committee and of the other Disciplinary Bodies of the European Patent Organization. Further, it is of advantage to have experience in European or national disciplinary proceedings. Within DC training is provided and more experienced colleagues support new DC-Members. When considering complaints the DC-Chambers are committed to treat Defendants in a fair manner and to render just and correct verdicts. By doing so the DC does not only comply with the applicable law and takes into account the interests of Complainers and Defendants but also contribute with its work to the good standing of the epi and its Members in the public and vis-a-vis the European Patent Office and the Administrative Council of the European Patent Organization.

The Chambers of the previous DC have been successfully finishing 16 cases since the last inaugural Council Meeting in Munich (on 24 April 2017),

In one case the Chamber authorized the President of the epi to publish the decision.

As we are not automatically informed if and when an appeal is filed against a decision of the DC, we cannot provide an exact number. However it seems that not more than one or two of the above named decisions 16 decisions have been appealed.

Since the last Council Meeting, in Lisbon fall 2019 we have received 2 new cases.

Seemingly the Covid-19 crisis was associated with a considerably decreased number of new complaints submitted to the DC.

Despite this unprecedentedly low number of new complaints, the Chambers of the DC have been fully operative during the last months and luckily no “Covid-19” incidences have been reported from the DC Members.

However, we can see this historically low number of complaints also as evidence of the positive impact the work the DC had onto the professional conduct of the Members of the epi in the last few years.

In the last period also discussions between the Presidium and the DC have been successfully concluded.

For any questions the Officers of the DC and its Members may be contacted directly.