In its 1006th meeting on June 25th, 2021, the German Bundesratupper house of German parliament adopted an important and long-awaitedIn BT Drs. 16/3655 there was an early but unsuccessful attempt in 2006 to allow cooperation between attorneys and other professions,Kimpfbeck, Stellungnahme zum Gesetzgebungsverfahren „Neuregelung des Berufsrechts der anwaltlichen Berufsausübungsgesellschaften" 4.9.2019 - pro right to partner for European Patent Attorneys amendment law to amend the professional laws for attorneys at law, patent attorneys, tax consultants and their company law in Germany. The amendment law was one of the last laws passed under the Merkel administration and could have easily been overlooked by the public as it was adopted along with 134 other laws and with an important law to amend the German Patent actSecond law for simplification and modernization of the patent act. The now adopted draft lawBT Drs. 19/27670 has 350 pages and is considered as the biggest update for 27 yearsLührig, Große BRAO-Reform gilt ab Sommer 2022: Mehr Freiheit für Anwaltschaft. Anwaltsblatt, 25.6.2021. The amendment law became necessary due to several decisions of the German Federal Constitutional Court which amongst others specifically allowed to form a company with an attorney at law and a medical doctor respectively a pharmacistBVerfG, Beschl. v. 12.1.2016, Az. 1 BvL 6/13, and due to reminders of European Commission to reduce restrictions in the professional law in GermanyKilian, Studie zur Neuregelung der interprofessionellen Berufsausübung, Anwaltsblatt, 2018. The amendment law has notable influence on the situation of European Patent Attorneys having their place of business in Germany and with regard to international cooperation, too, which will be discussed here in further detail. The new regime will be in force in the summer of 2022.

The amendment law is even more liberal and allows to partner with all liberal professions as long as they are compatible with the job as a German Attorney at Law or a German Patent Attorney. 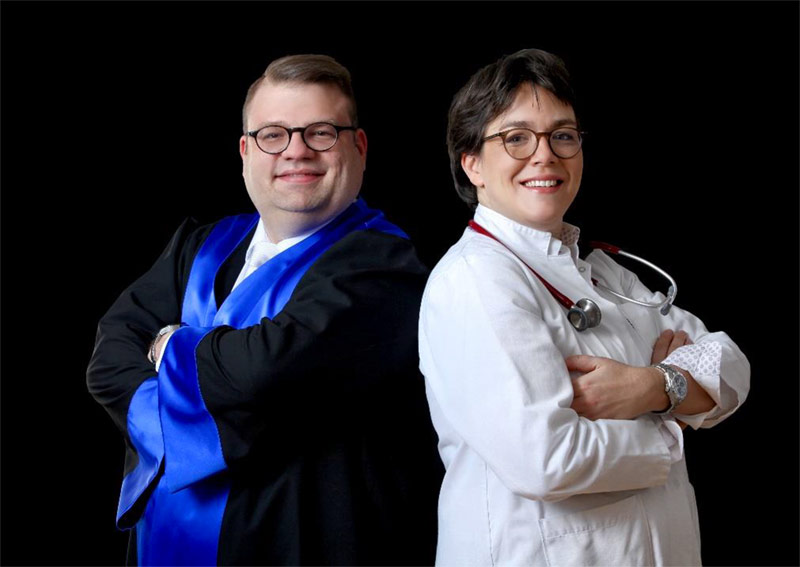 A German Patent Attorney can even partner with a medical doctor according to the amended law.

§ 52c PAO - Professional practice companies with members of other professions

2. with members of the patent attorney professions from other countries who are allowed establish themselves in the area of application of this law, according to the law on the activity of European Patent attorneys in Germany or under § 157,

4. with persons practicing a liberal profession within the meaning of § 1 (2) of the Partnership Act, unless the company is incompatible with the profession of the patent attorney, in particular its position as an independent organ of the administration of justice, or may jeopardize confidence in its independence.
A company pursuant to sentence 1 no. 4 may be excluded in particular if the other person gives a reason, which for a patent attorney under Section 14, would lead to the refusal of admission.

(2) The purpose of business of the company pursuant to paragraph 1 shall be the provision of advice and representation in patent law matters. In addition, the practice of the respective non-attorney profession may take place.

For the time being Germany allowed patent attorneys of other EU countries to establish themselves in Germany and to partner with German Patent Attorneys if their profession is regulated in this EU country. This is based on Article 55 TFEU and Directive 2005/36/EC. Professionals in the EU can move across borders and practice their occupation or provide services abroad. Any host EU country in which a profession is regulated must take account of the qualifications obtained in another EU country and assess whether they correspond to those which it requires.

The patent attorney profession is regulated in most EU countriesBased on the EC Regulated Profession Database, https://ec.europa.eu/growth/tools-databases/regprof/

As a consequence, patent attorneys from EU countries where the profession is not regulated cannot establish for business in Germany and could thus not form a partnership company with German Patent Attorneys.

A national of a member state of the World Trade Organization who practices a profession which corresponds in training and powers to the profession of attorneys at law under this Act shall be entitled to establish himself in Germany under the professional title of the state of origin for the purpose of providing legal services in the fields of the law of the state of origin and international law if he is admitted on application to the bar association competent for the place of his establishment. The Federal Ministry of Justice and Consumer Protection shall be authorized to determine by decree, without the consent of the Bundesrat, the professions which correspond in training and powers to the profession of lawyer under this Act.

The decree allows amongst others US Attorneys at Law to establish themselves in Germany. There is no corresponding provision in the Patent Attorney Act so far.

The legislator introduced also an international provision similar to § 206 BRAO, namely, new § 157 PAO which allows foreign patent attorneys to establish themselves in Germany for the purpose of providing legal services in the field of patent law of the country of origin, and thus to partner with German Patent Attorneys, if they:

The Federal Ministry of Justice may, by decree, without the consent of the Bundesrat define those professions from other states with the exception of

A reciprocity clause is known to the author for example in US CFR 37 CFR § 11.6. However, it remains to be seen which countries the Federal Ministry of Justice finds to be correspondingA similar list can be found for § 206 BRAO under http://www.gesetze-im-internet.de/brao_206dv/anlage_1.html.

The legal framework for European Patent Attorneys in Germany will be changed, however, there is no comprehensive summary of the rights in other EPC member states. Thus, the author kindly invites all readers to give an opinion on the following survey questions by email to info@kimpfbeck.de

Thanks in advance for your answers. Your personal information will remain confidential. If answers of the majority of EPC members states can be collected another article will published showing the results.