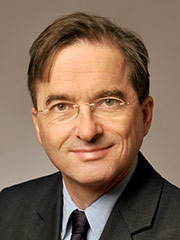 The advent of more and more powerful computers and software tools, namely the creation of so-called artificial intelligence (AI), has brought computer technology to a point where some of these tools are able to devise inventions.Some examples can be found in Köllner: "DABUS oder die künstliche Intelligenz als Erfinder?", Mitt. 2022, 193

Inventions by definition are technical teachings.See, for example, the third paragraph of reason 6.4.2.1 of the decision G 2/07 of the Enlarged Board of Appeal, according to which the definition of the term in the "Rote Taube" decision of the Federal Court of Justice "set a standard which still holds good today and can be said to be in conformity with the concept of "invention" within the meaning of the EPC." If an AI is able to devise a technical teaching, this AI is able to devise an invention.
Is the AI also the inventor? By way of example in national law, § 7 of the UK Patent Act of 1977 reads:

§ 7 Right to apply for and obtain a patent.
(3) In this Act "inventor" in relation to an invention means the actual deviser of the invention [...].

So, if an AI devised the invention, the AI is the actual deviser of the invention and might qualify as inventor.

This was purportedly the case in the patent application underlying the decision J 8/20, EP 18 275 163: "Food Container" (better known as the "fractal container"). The decision was published on July 5, 2022.https://www.epo.org/law-practice/case-law-appeals/recent/j200008eu1.html, last accessed on July 13, 2022. Oral proceedings had taken place on December 21, 2021.The case was represented by European patent attorneys Robert Jehan (Williams Powell, London), Markus Rieck (Fuchs Patentanwälte, Frankfurt am Main) and the author.

The fractal container is depicted in Fig. 1. It shows a food container, e.g. a beverage container, with a fractal wall. Those familiar with fractals will recognise a Koch snowflake in the form of the wall.https://en.wikipedia.org/wiki/Koch_snowflake, last accessed on July 13, 2022.

The invention was supposedly devised by an artificial intelligence named DABUS.https://imagination-engines.com/dabus.html, last accessed on July 14, 2022 DABUS was created by Stephen L. Thalerhttps://imagination-engines.com/founder.html, last accessed on July 14, 2022, the applicant. DABUS was named as inventor in the designation of the inventor acc. to Article 81 and Rule 19 EPC.

The receiving section rejected the application after oral proceedings.https://register.epo.org/application?documentId=E4B63SD62191498&number=EP18275163&lng=en&npl=false, last accessed on July 14, 2022 The designation of the inventor was allegedly deficient. Article 81 and Rule 19 EPC require the applicant to name a natural person as inventor, which the applicant had failed to do.

The applicant filed appeal against this decision.

The advent of artificial intelligence raises a number of fundamental issues in patent law. What does it mean for patent law if an invention is no longer devised by a human being?
The overarching open question can be seen in how the patent system can or should cope with AI generated inventions. Is the patent system made or fit for AI generated inventions? Do we need any changes?

This overarching question can - in a first step - be differentiated into the following three major questions:

C) How to access inventive merit for an AI generated invention?Question C) was not relevant in the present case.

The reasons given by the receiving section for the rejection of the application, namely that the designation of the inventor needs to name a natural person, weren't fully convincing for the present case.Sec. 4.4.1 of J 8/20 The inventor needs to be named so that his or her name can be published on the patent specification acc. to Rule 20 EPC. This is part of the moral rights of the inventor. It serves i.a. their honour.

The moral rights of the inventor may, however, not make any sense for an artificial intelligence. The formal requirement to name the inventor might, therefore, be disposed of for an AI generated invention like in the present case.Sec. 4.4.1 of J 8/20

The board, however, pointed out that Article 81 and Rule 19 EPC cannot be read in an isolated manner.Sec. 4.2.2 of J 8/20 Namely the term "inventor" appears in other Articles and only a unitary, common interpretation of the term can lead to an understanding of the term inventor "within the meaning of the EPC".Sec. 4.2.2 forth paragraph of J 8/20

Article 81 Designation of the inventor

If the applicant is not the inventor or is not the sole inventor, the designation shall contain a statement indicating the origin of the right to the European patent.

In the words of the Board, the purpose of the designation of the inventor is also

to identify a legal basis for entitlement to the application (sec. 4.3.3)

The origin of the right to the European patent is defined in Article 60 EPC:

Article 60 Right to a European patent

(1) The right to a European patent shall belong to the inventor or his successor in title.

The interpretation of Article 60 given by the Board is as follows:

Article 60(1) EPC is a stand-alone substantive provision of the EPC and fulfils three functions.

Firstly, it creates the right to the European patent;

secondly, it vests this right in the inventor;

finally, it provides for the separate transferability of the right even before a European application is filed. (sec. 4.2.2)

(Formatting added by the author.)

Examples are numerous in human history. I don't want to dwell on this.

The interesting point in the present case is item b): who can own the patent right?

As a consequence, the inventor needs to have legal capacity. In the words of the Board:

Under the EPC the designated inventor has to be a person with legal capacity. (sec. 4.3.1)

Article 60(1) EPC vests the rights to the European patent in the inventor; thus, it postulates a person with legal capacity. (sec. 4.3.2)

Legal capacity can be found in either natural or legal persons. There can, however, not be any doubt that the term "inventor" "within the meaning of the EPC" implies a natural person and not a legal person.Sec. 4.7.3 of J 8/20

As a machine is neither a natural person nor has any legal capacity, naming an AI as inventor will not vest the rights to the invention in question, here the fractal container, in any person with legal capacity.

The rights in the invention will not come into existence and the invention remains free. Furthermore, the designation of the inventor is deficient as it did not name "an inventor within the meaning of the EPC".Sec. 4.3.9 of J 8/20

Stephen L. Thaler as successor in title to DABUS

A side issue arose because applicant and inventor were not identical. The applicant was Stephen L. Thaler while the named inventor was DABUS. For this constellation, Article 81 second sentence stipulates:

Article 81 Designation of the inventor

If the applicant is not the inventor or is not the sole inventor, the designation shall contain a statement indicating the origin of the right to the European patent.

As the board observed:

This provision remains applicable whether an invention was made by a person or by a device. (sec. 4.4.1)

The applicant had argued that he owned the right in the invention by accession, because he owned DABUS. Alternatively, he was DABUS successor in title. He was the creator of DABUS, and some more attempts.

Such a transfer from DABUS to Stephen L. Thaler will not so much fail because DABUS cannot own anything or sign an assignment. The point is rather: there is no right to transfer. The right to the patent hasn't come into existence. The right only gets into existence if it can be vested in a natural person with legal capacity who is named as inventor.Sec. 4.4.2 of J 8/20

This was another reason, why the designation of the inventor was deficient.

What can be done in case of an AI generated invention?

Historically, you would look for the actual deviser of the invention and vest the rights to the patent in exactly this person. The two roles - inventor and initial owner - coincided in the identical natural person.

Luckily, the Board suggests to name Stephen L. Thaler as inventor:

The Board is not aware of any case law which would prevent the user or the owner of a device involved in an inventive activity to designate himself as inventor under European patent law. (sec. 4.6.6)

Applicants can explain how the invention was made elsewhere, and in particular in the description. This is not required, but also not prohibited by the EPC. (sec. 4.3.7)

I assume this is what will happen in the divisional application that the applicant filed in the meantime.

The answer given in J 8/20 to question A): patentability of AI generated inventions

Quite satisfactory so far. But what about patentability of AI generated inventions?
The question was not in pole position on the table but nevertheless lurked in the background. Luckily, the Board took the time to drop a hint:

The appellant has argued that the scope of this provision [Article 52(1) EPC] is not limited to human-made inventions. The Board agrees. How the invention was made apparently plays no role in the European patent system. (sec. 4.6.2)

I take this as a statement in favour of patentability of AI generated inventions. Also, why else would they suggest a solution and indicate that you can mention the role of the AI in the description?

I would, however, suggest a small caveat here, as it seems like some persons within the EPO tend to prefer limiting the patent system to human-made inventions.This could be witnessed during the Conference "Inventorship in patent law" on May 16, 2022, see https://www.epo.org/news-events/events/conferences/inventorshipconference2022/programme.html, last accessed on July 14, 2022 I would, in this situation, remind the reader that the European Parliament:

"15. Takes the view that technical creations generated by AI technology must be protected under the IPR legal framework in order to encourage investment in this form of creation and improve legal certainty for citizens, businesses and, since they are among the main users of AI technologies for the time being, inventors;"European Parliament resolution of 20 October 2020 on intellectual property rights for the development of Artificial intelligence technologies (2020/2015(INI)) Resolution No. P9_TA(2020)0277

Maybe we will have a more unambiguous answer to question A) in the divisional application.

The rest of the decision is of no particular interest:

The answer to the raised questions is so clear from the mere wording of the EPC that it is not necessary to take recourse to the Travaux Préparatoires or to refer the issue to the Enlarged Board of Appeal.Sec. 4.3.2 and 4.5.3 of J 8/20