President Leyder opened the meeting at 9 am and welcomed the participants. The Secretary General informed the audience that 133 members (out of 139) were present - that number rose to 137 later in the meeting. The agenda was adopted with a slight change: the election of committee members was added under item 8. The minutes of the 84th Council meeting were then adopted.

Matters arising from the minutes of C84

An action point arising from the said minutes was still outstanding, namely the implementation of a double signature system for expenses exceeding 5,000€. Council was informed that the system would probably "go live" next year subject to further discussions between the Internal Auditors and the Presidium.

Report of the Board, President and Vice-Presidents

The President referred to his report submitted in advance of the meeting. Council was informed that the minutes of the last Board meeting were not available in time for the Council meeting and will be dispatched as soon as possible.

The president of the EPO, Mr Campinos, addressed Council via a video message. The content of the message is published immediately after this report.

Report of the Secretary General

The Secretary General next referred to his report submitted in advance of the meeting.

Council then proceeded to elect the following members:

Report of the Treasurer

The Treasurer then presented his report on the 2018 budget. As of the end of September income is in line with what was planned. As far as expenses are concerned IT costs are higher than planned, notably because secretariat staff had to be trained to the new bookkeeping software and management tool implemented at the end of last year. These higher costs are however balanced by lower costs than planned for committees. Overall the Treasurer indicated that there was no need to adapt the 2018 budget and the planned deficit of 42 k€.

The Treasurer then gave an update on the professional liability insurance. So far 138 k€ have been collected, no minimum amount is due at the end of the year in contrast to what was originally planned by our broker. A change of syndicate has been decided because the premiums for the big firms were not competitive, the new syndicate agreeing to lower those premiums. The solution offered by epi appears to be in line with what is required by the German PAK (Patent Anwalt Kammer). The situation is not so clear cut with what is required by IPREG in the UK.

The Treasurer also gave details on the support given by epi to the EQE Committees. Since 2017 a pre-marking meeting is organized (typically in April) in one and same venue for all EQE Committees. This has a cost. The EPO has indicated that they would reimburse all meeting costs up to 150 k€, the difference if any being borne by epi. For 2019 it is expected that epi would have to pay from 10 to 25 k€. In addition, epi pays each year a dinner for all Committee members (typically in June in Munich). It is proposed, as of 2019, to organize the annual dinner during the pre-marking meeting, which would reduce the overall costs borne by epi. This will require amending Council decision in C49 (mentioning that the annual dinner takes place in Munich).

The Treasurer also reminded Council members that amended Rule 154 EPC will enter in force on 1st January 2019. The annual subscription will be due at the end of March (versus end of April in previous years). A reminder will be sent by mid-March if no payment has been received. Payments by credit card or Paypal will no longer give rise to extra fees.

The Internal Auditors informed Council that they were still discussing the implementation of the system with the Treasurer and the Presidium, and will make proposals to be voted on during the next Council meeting.

2019 Budget / report of the epi-Finances Committee

The Treasurer informed Council of the main expenses to be incurred in 2019:

On the income side, the Treasurer proposed to maintain the subscription fee unchanged (190 € if paid by end of March then 210 €; 95 € for epi students). More seminars should be organized in 2019, some with a new format, e.g. an intensive course on the EQE D2 paper.

Overall the balance income/expenses should result in a planned deficit of 65 k€.

The epi-Finances Committee informed Council that they approved the 2018 budget and that they had some concerns about the 2019 Communication plan. The "good job by the Treasurer" was nonetheless highlighted.

After hearing the report of the Treasurer and the comments of the epi-Finances Committee, Council approved the 2019 budget and the amount of the 2019 subscription fee.

The Chair of the EPPC reminded Council members that a forum is available to discuss all EPPC-related matters, and that said forum needs to be used as much as possible. A number of submissions were made in 2018 including:

A draft letter to the President of the EPO was presented by the Chair of the OCC, which addressed the following points:

Details on the above points can be found in the report of the OCC published elsewhere in this issue.

Council approved the sending of a letter along the lines mentioned above.

The Chair of the PCC presented a proposed amendment to the Code of Conduct (CoC) to take into account activities before the UPC. In order to have the CoC amended, it was necessary that Council approves a request to have the Regulation on Discipline (RoD) amended by the EPOrg Administration Council.

Report of the By-Laws Committee (BLC)

The Chair of the BLC reported on the activity of the Committee since the last Council meeting. The BLC notably addressed the following topics:

Amendments to articles 1, 8.2 and 54 BL were thus presented to Council. The first two amendments were approved unanimously; the last amendment was approved by a large majority (10 abstentions). The decision to amend article 54 BL will be included in the Collection of Decisions (which is available on the website).

Reports of other Committees

1) The Chair of the Harmonisation Committee reported on a meeting between the B+Sub-Group, the Industry Trilateral and FICPI whose position on patent law harmonization can be found here: https://www.ficpi.org/_/uploads/gonzo/FICPI-WP-2018-001-Patent_Law_Harmonization.pdf.

2) The Chair of the Professional Education Committee (PEC) reported on a joint meeting with the EQE Examination Board and Supervisory Board, the purpose of the meeting was to discuss various issues including:

Council was also informed that:
(i) Guidelines had been set up for the epi Tutorials and Mock EQEs, aiming at regulating the relationship between the tutors and the candidates, mediated by the epi.

(ii) An agreement was reached with the EPO Academy to resume in 2019 the "Life of a patent" training including live seminars and online courses.

(iii) The development and implementation of the 3-year training programme for epi students is progressing and will notably include videos and access to an epi student forum.

(iv) it is proposed to organize weekend workshops for DII training (Legal Opinion) and for Papers A and B.

The future of the profession

A debate was organized at the end of the meeting to address questions such as if/how should our profession adapt to face challenges ahead of us (e.g. the impact of artificial intelligence on our daily work).

All speakers agreed on the need, going forward, for a more diverse profession: in addition to obtaining IP rights skills should be developed in the field of economics (e.g. licensing, auditing, tech transfers, valuation). Concerns were also raised that the future may be grim for some countries: it was indeed pointed out that 17 out of the 28 countries of the European Union today file less than 2% of all EP patent applications.

Council thanked the Finnish delegation members with acclamation for their efforts in organising a very successful meeting. President Leyder then closed the meeting at 5:20 pm. 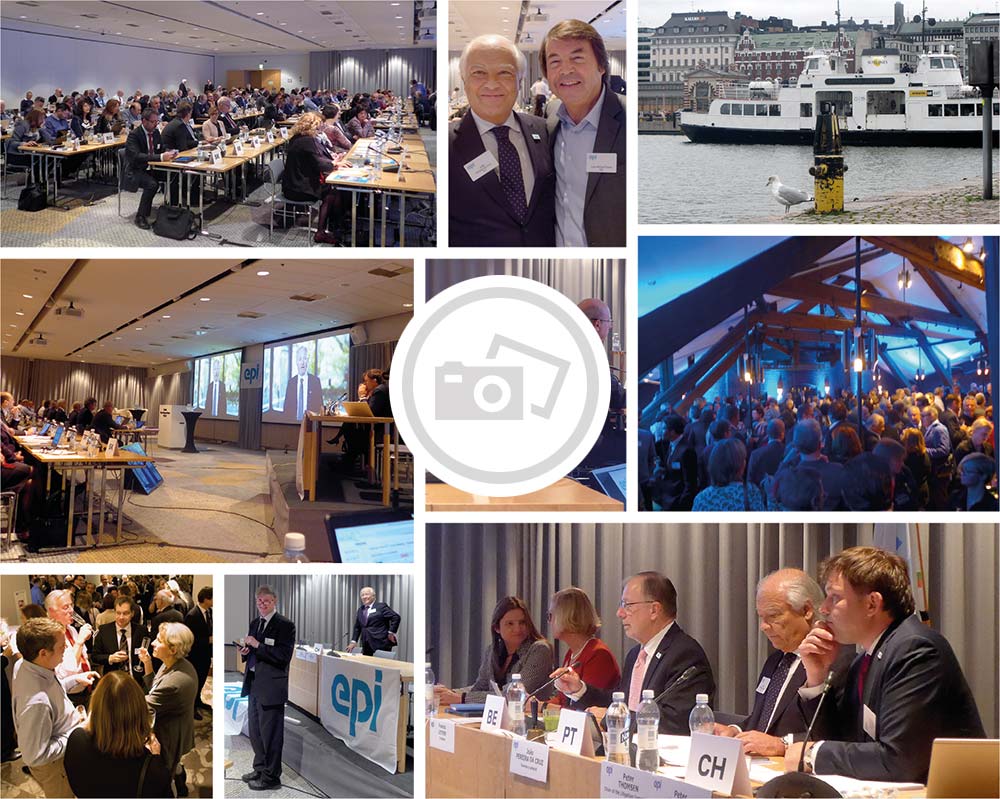