Belgian Patent Attorneys are getting organized – Launch of the Belgian Institute 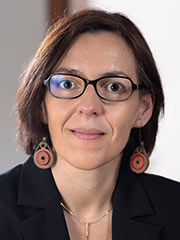 The first general assembly of the Institute for Belgian patent attorneys was held on 30 September 2021. This follows many years of preparation in a particularly complex frame of Belgian regulations.

Access to the profession requires the passing of a qualifying examination. Subsequently, there was no follow-up, no clear definitions of the prerogatives or obligations of Belgian patent attorneys. It was, therefore, very difficult for the Office to provide an up to date list of professional representatives resulting in many people on the list being long retired or even dead.

There was no organization responsible for training or continuous professional development or code of deontology. In essence, there was no official organisation for patent attorneys to contact; to address questions; or to share experiences.

Over several years, a small group of Belgian patent attorneys (which I’m not going to name lest I forget anyone) joined forces and worked hard in collaboration with the Belgian Patent Office to propose a text that would fit within Belgian laws. Thus, on 08 July 2018, a Law was enacted giving protection for the title of “Mandataire en brevets / Octrooigemachtigden” thereby giving birth to the Belgian Institute.

The mission statement of the Institute includes:

The Institute is composed of three Divisions: a General Assembly, a Council and a Disciplinary Committee.

Belgium is a federal state, consisting of three Regions: Brussels, Flanders and Wallonia, and three official languages: Dutch, French and German, not necessarily overlapping. The use of languages within federal administrations is strictly defined in a law dating back to 1966. Depending on whether you are an individual or a company, and depending on your address, you may not be free to employ any language in your communications with federal services.

To be in line with language and representativity within the Institute, the President and Vice-president of the General Assembly must not belong to the same language community. The same rule applies in the Council, consisting of four elected members, where “two members must belong to another linguistic group” and the president and vice president of the Council must not belong to the same linguistic group. The Disciplinary Committee consists of four members (comprising a President nominated by the King and three elected members), and four additional members with similar language provisions. Elected and nominated members can hold office for up to six years in all three Divisions.

At its initial meeting on 30 September 2021, the first task of the General Assembly was to proceed with the elections for the various divisions. A call for candidates had been published in spring. Applicants had to choose the language community they were running for (as many bilinguals could have run for both) and provide a CV. There was also an expectation of gender parity for the members of the Council.

An initial problem was to determine the number of active Patent Attorneys. Subsequenly, elections were conducted step by step, starting with the President of the General Assembly, with a pause in between each vote to let the organizing team (the Belgian Office) check within the list of remaining candidates as to who could “run” for the next position in view of its language community and gender requirements where applicable. This led to situations where more than five people could be elected, and only one was suitable for the next round.

By mid-day, the elections had been successfully concluded. The afternoon was spent discussing the rules of each of the three Divisions, and voting on proposed amendments, process which could not be finanlized due to the absense of a quorum by the end of the afternoon to allow validation of the votes.

It was gratifying to see that elected members originated from both industry and private practice, which will hopefully bring a constructive balance. Now, the Institute has to start operations, a first Phase being finding an address, opening a bank account, and many other practical matters. The Disciplinary Committee will only start during a second Phase when a basis for its establishment has been determined and when members are officially affiliated to the Institute following payment of an annual membership fee. It is hoped that the profession can only benefit from a better organization (in terms of training and education); dialogue between colleagues (of both linguistic communities); communication with the Patent Office; and deontology rules.