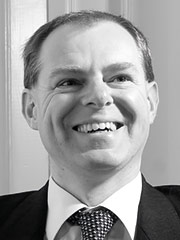 The following topics were discussed during the meeting.

The patentability of hES cells is governed by Rule 28c, the main decision being G2/06 (WARF). There was a question mark over whether downstream products are excluded following C-34/10 CJEU which seemed to suggest that it was irrelevant at which time an embryo may have been destroyed. The Chung paper published on 10 January 2008 provides a method of obtaining hES cells without destruction of the embryo and so from that date a person skilled in the art (PSA) could rely upon this method to obtain hES cells in a non-destructive manner.

The definition of an “embryo” appeared to be anything that would develop into a human being, and potentially included a parthenote (a cell where division is kick-started by a chemical or electrical method). However, more recently, there had been a UK Patent Application (applicant: ISCC), refused by the UK Patent Office. This was appealed to the UK High Court who then referred various questions to the CJEU, which gave clarification that parthenotes are not embryos (C-364/13). That means that the use of parthenotes to obtain embryonic stem cells does not involve destruction of an embryo, nor even use of such. So the question then is when was the first disclosure of parthenotes allowing a PSA to obtain hES cells without embryo destruction or use? The EPO has decided that this is in Patent Application WO 03/046141 (ACT) published on 5 June 2003. As this enables the obtaining of hES from parthenotes, EP applications filed after this date concerning hES cells will now be allowable. The description will have to be adapted accordingly in each case, to ensure that destructive embryo use is not contemplated as a method of performing the invention.

The first examination reports issued by the EPO regarding the issue, will include this information and why there has been an EPO change of policy (C-364/13 CJEU). There will, however, not be an official statement from the EPO. However the EPO will publicise this change of practice in future presentations, and in particular Aliki Nichogiannopoulou will be in the UK to give a talk on this matter. There will be new Guidelines in the beginning of November, saying that CJEU cases may be persuasive on the EPO, even if not legally binding.

It was noted that there has been a recent Australian decision on the Myriad case too. The EPC and the EU Biotech Directive are very clear about the patentability of human genes and there are numerous decisions from the technical Boards confirming and interpreting both. The EPO does not expect the problems the US and Australia are experiencing.

The EPO said that they are updating their internal harmonisation notes, but the public had no access to these. The epi noted that Examiners appear to rely on internal harmonisation notes, but of course these are not provided to attorneys.
The EPO’s general policy is that if an antibody is claimed it needs a surprising effect: just another antibody is usually regarded prima facie as obvious. The topic of patenting antibodies may be included in the next examination matters, or there may be a separate workshop.
Thus, one needs some surprising effect or to demonstrate there has been some difficulty in producing the antibody (for example, if the antigen is poorly immunogenic or difficult to generate).

Unfortunately Maria Fotaki was not able to be present. The EPO sends all sequences disclosed in the patent application to the European Bioinformatics Institute (EBI) which makes them available online, both for European A and B publications and for PCT published applications where EPO is the ISA. It was noted, as an aside, that the US Patent Office only sends the sequences to the NCBI when the granted B specification is published.

As for sequence alignments in Office Actions, the Examiners have received no general instructions on this because it might generate too much paperwork. However, any ad hoc request will be taken into account and the alignments provided by the examiner when it is needed for a better understanding of the objection.

The EPO had more good news for the epi. This effectively concerns further medical uses for subgroups of patients defined by a biomarker. In the past such claims needed to contain an active diagnostic step in order to be considered novel. Based on more recent case law, the EPO has reviewed its internal harmonisation notes. Claims in this area are now construed to implicitly include the selection (step) of patients as a limiting feature. For example, if a subgroup of patients to be treated is defined by allele X and the prior art does not disclose any test for that allele, the claim will be regarded as novel, even if the prior art discloses a large patient population which – albeit untested for – included patients with that allele. The policy also extends beyond alleles to patient groups characterized by expression profiles and methylation patterns. Further case law from the Boards of Appeal has to confirm this approach.

In decision T1570/09 of May the competent board considered that there is not any legal reason for granting in a single set of claims both an independent Swiss-type claim and an independent Article 54(5) EPC 2000 type claim for the same medical indication of the same substance. T1021/11 (June 2015) confirms the practice currently followed by the examining divisions that both types of formats are actually allowable.

In T0826/12, the board confirmed that a claim constructed in a manner resembling a Swiss-type claim but only specifying that the medicament is in the form of a capsule for administration to a patient “in need thereof”, does not define a second medical use and is not to be considered as a Swiss-type claim. In this respect, it was noted in the meeting that the wording “in need thereof” which is insisted upon by the US PTO is not required by the EPO, and it does not define the disease or patient.

It was commented that BISSAP is not widely used, and users instead prefer Patentin. Users cannot use BISSAP in the USA, and therefore Applicants will not prepare a second separate sequence listing for the US from the rest of the world. The EPO is reviewing the tools for the submission of sequence listings.

This is an initiative where the Applicant could re-run their own search as part of a larger IT project (roadmap) within the EPO. This may now come later, it is a small cog in a large machine.

One of the epi members raised the issue of the EPO not being sufficiently applicant-friendly when raising non-unity objections – especially in the field of Biotech when more than one invention can be searched without extra search effort. Reference was made to point 2.2 of Chapter VII of Part B of the EPO Examination Guidelines.
The EPO explained that indeed examiners can and regularly do decide to search more than one or even all identified inventions for one search fee in those specific cases where no extra search effort is required for the further inventions and this extra effort does not justify the payment of an additional search fee. Examiners are encouraged to adopt a pragmatic approach in this regard.

The EPO presented statistics concerning the years 2010 to 2015; no final numbers were available for 2015, though. In general, the statistics show a very positive trend with respect to the number of files for which non-unity objections were raised and the number of identified inventions per file. In Biotech, the rate of non-unity objections in search has gone down from 24% in 2010 to 19% in 2015 (up to September).
The mean number of inventions per file has decreased slightly and remains around 18 for Biotech. However, this mean number is skewed by the cases with an exceptionally high number of inventions per file. This taken into account, the median number in Biotech is 5, not so different to the EPO average.

The mean number of inventions paid for by applicants is 1.4 in Biotech versus 1.5 for EPO, slightly more are paid for in the PCT procedure. The cases in Biotech with exceptionally high number of inventions per file have gone down by 2/3 between 2010 and 2015. Between 2010 and 2015, the rate of protests in PCT non-unity cases has continuously decreased from about 5.5% to 2.5% (currently a mere 16 cases per year). In Biotech, continuous efforts are being taken and initiatives are being started to support even further harmonisation between examiners concerning their approach to non-unity. It was pointed out by the epi that sometimes no extra documents are cited when additional search fees are paid. The epi noted that the a posteriori objections are often the worst problem, because we do not know what prior art the EPO is going to find, and we do not know how claim 1 is going to be split up. As soon as there is a lack of novelty attack then the claims fragment, but it is difficult to predict how this is going to be decided, and once it has been decided, it is very difficult to change. The EPO said that the applicants are free to present arguments for regrouping the inventions when paying the additional search fees.

With regard to the PCT protest procedure, the EPO stated that non-unity expert examiners are present in each directorate and will be assigned to the protest board by the director.
The protest success rate for PCTs was about 25-30%.

There was a brief discussion of existing guidelines. The emphasis should be on what the person skilled in the art would understand from the specification, however.

The next meeting is going to be scheduled for May or June 2016. The EPO requested that they receive the agenda from the epi sooner.
Victor Kaas suggested some changes to the format which were widely welcomed. The EPO would like to discuss Applicant filing strategies, and when they choose to use the PCT, the EPO and national cases. We can also talk about clients, and promising technical fields.

We could also mix up attendees, so instead of having one side of the table with epi and the other side EPO, we are mingled, making for a friendlier (and less them and us) atmosphere. We can also expand the agenda beyond formal questions, and if need be somebody could give a short presentation with a few slides. We could also discuss promotion of EPO services and fees, for example comparing the fee structure with the other IP5. This should of course be seen as independent from the EPO, maybe a brochure could be produced. PCT direct appears to have been rarely used in the biotech sector.