Report on epi Council Meeting in Athens on 23rd April, 2016

The 80th Meeting of epi’s Council took place on 23rd April, 2016 in a pleasant conference room in a hotel in the middle of Athens. As the meeting was well attended, the room was rather crowded and it was difficult for the President to see everyone who wanted to speak.

The President opened the meeting by welcoming the Council members to Athens and by asking Council to appoint two scrutineers. These two people deserve a vote of thanks as they were required to work very hard during the day. The President then suggested some changes to the agenda, in particular to move the discussion of the report of the Reporting Group up the agenda to give more time for discussion before voting. The agenda as amended was approved.

There was then a discussion of the Minutes of the last meeting and various minor amendments were proposed and agreed. The action points arising from the Minutes were reviewed. Although all points were being actively pursued, they have not all been resolved and so they will be dealt with at the next Council meeting. The Treasurer pointed out that there is the possibility to use a central travel agency to book flights to all epi meetings and encouraged Council members to use this as it reduces administration costs for epi. The Treasurer asked Council members to provide feedback on this facility. It was pointed out that there was a discussion of disciplinary matters at the previous Council meeting and that this will require an amendment of a previous Council decision.

The President presented his report and in particular referred to the meeting of the Partnership for Quality (PfQ) which had recently taken place. At this, the President of the EPO, Mr. Batistelli, indicated that he would like to address epi’s Council and so it will be arranged for him to do so at the next Council meeting. It was noted that Mr. Batistelli had referred to the PfQ meeting on his blog and it was suggested that epi should also make available its account of the PfQ meeting. Council then turned to the report of the Reporting Group, which had put forward a proposal for reducing the size of Council. The Secretary General also put forward a proposal. There was a lively debate, as is reported in this edition elsewhere, but no vote was taken at that time.

Council then received a report from the Electoral Committee which related in particular to electronic voting. This is a very important topic as a new Council has to be elected next year and it is necessary to have all the arrangements in place so that this can happen smoothly. As part of making the arrangements, Council also elected a new Electoral Committee by unanimity.

The Secretary General gave his report and noted that the new website is up and running but still needs some fine tuning, in particular to facilitate access to documents. He also indicated the dates and locations for the next Board and Council meetings. Some problems with the Annual Report were raised and will be considered by the Secretary General.

The Treasurer presented his report and explained that the deficit will not be as large as had been projected. Some of the costs for the new server had been moved to the current year, the Treasurer had been able to reclaim VAT not only from Germany but also from other EU countries and there had been less committee meetings than had been allowed for. The external auditors were reported to be satisfied with the state of epi’s finances. The Treasurer indicated that it was envisaged that there would need to be further expenditure to modernise the IT systems in the Secretariat, in particular to add a CMS and to complete the server upgrade.

The Treasurer reported that there is a problem with the process for removing members who do not pay their subscription and that this could be solved by amending Rule 154 and epi’s Disciplinary Rules. This was discussed and a number of suggestions to assist in dealing with the problem were made. (It would help the situation greatly if any epi member who changes employment informs the EPO promptly of his or her new address details.) Council agreed in principle that Rule 154 and the Disciplinary Rules should be changed and left it to the relevant Committees to work out the details.

The Treasurer reported that, following a discussion in the last Board meeting, he had investigated the possibility of finding a provider of PII for any epi member who needs it. He has identified one provider but further work is needed. He proposed that a Working Group, under the leadership of the Deputy Treasurer, be formed. This was agreed by Council.

The Chairman of the epi Finances Committee then made his report which generally approved of epi’s financial position while, at the same time, making his usual helpful remarks about certain aspects, for which the Treasurer was grateful. The Internal Auditors then gave an illustrated presentation and had a proposal for amendment of Article 22 of the Bye-Laws. This was deferred until the next Council meeting.

The Internal Auditors proposed that the Treasurer be discharged (not from a gun but from his liability for the financial affairs of epi). After a few points had been raised and a few questions answered, this was unanimously agreed by Council. Council then returned to the lively and informative debate on the proposals for reduction in the size of Council but, again, with no vote.

The Chairman of the By-Laws Committee then presented proposals for changes to the By-Laws following decisions made at previous Council meetings. All the changes were approved by Council.

There was a discussion of the professional titles which epi members could use in various EPC member states. Most of these were accepted but there remained a minor problem with the Dutch designation and a more major problem with the designation to be used by German-speaking Swiss epi members. More discussion on this point will be carried out before the next Council meeting.

It was then the turn of the Chairman of the Litigation Committee to report. He referred to the changes in the Committee’s terms of reference and the UPC. In particular, he referred to ceilings on costs, which did not seem to account for the use of experts, and the mechanism for opting out of the jurisdiction of the UPC, which seemed to be too user-friendly, and the Code of Conduct which is in the process of being finalised. Council agreed that the Litigation Committee should continue to pursue its points with the Preparatory Committee. There was also reference to the EU Consultation on the Enforcement Directive to which epi should reply.

Council then voted on the proposals for reducing the size of Council, both of which were rejected.

The President then reported on matters relating to the EQE and proposals which are in the very early stages of consideration. There are no formal proposals for any changes to the EQE. One point which was raised was whether there was a need for candidates whose native language is not one of the official languages of the EPO to be given more time when writing their answers. The general feeling was that this should be done but that it should be ensured that the examinations do not become more bulky and remain at the same level of difficulty as at present. There was also a discussion of the new system of pre-registration. This will be considered by the relevant people in epi before the next Council meeting. Also, PEC will issue a note on the subject. It was agreed that the epi members of the Supervisory Board would continue to report on developments of the EQE at Council meetings.

Council agreed that epi members in Belgium could carry out a ballot to determine whether Belgium should become a unitary constituency.

The Chairman of the Online Communications Committee reported again on the problems with the e-Drex. It appears that the EPO has accepted that there are problems with this and that they will be presenting proposals for dealing with it. There was also a discussion of whether the EPO could dispense with the use of telefax. However, it appears that what the EPO wants to do is to dispense with the use of printed copies from telefax machines and store sent documents only in electronic form.

The Secretary General then summarised the decisions and actions points arising from the meeting and the President closed a long and interesting meeting. 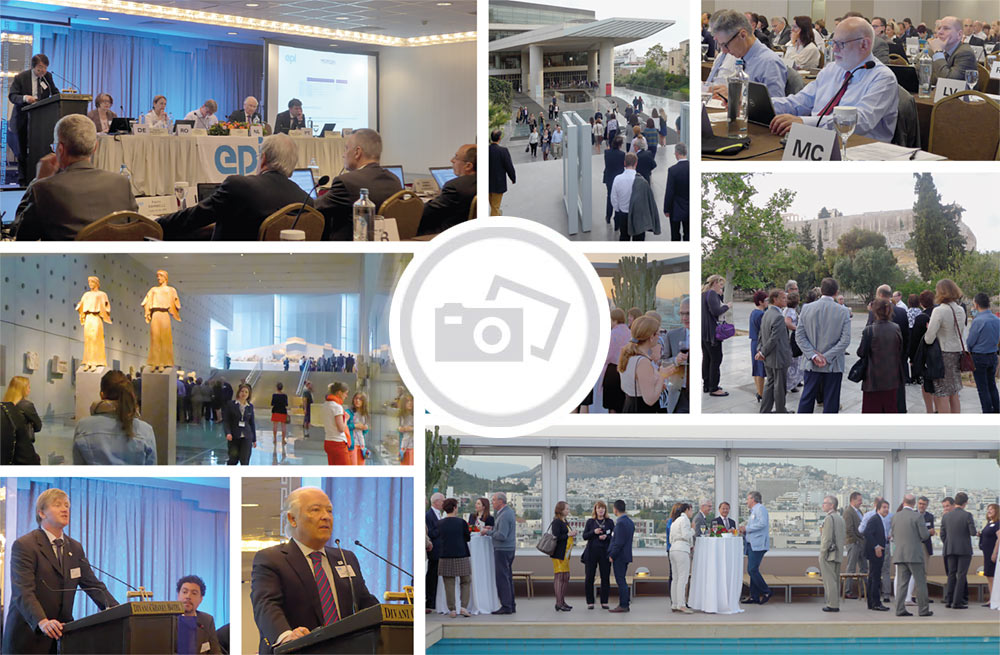