News from the Presidium 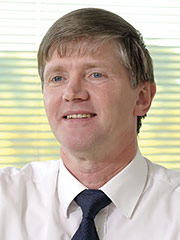 We live in interesting and challenging times. Very soon we should see what the Brexit will bring and how that influences the Unitary Patent (UP) and the Unified Patent Court (UPC). We also have the new President Campinos at the EPO, who started a discussion with users about his strategic plans for the next 4 years. In the Presidium we just finished 2 intensive days discussing and formulating epi’s reactions to these plans.

Thus, many external events influence our profession, but we also need to make up our own mind about what we European Patent Attorneys (EPAs) want with our own future. Last year in the Malta Council, we already started looking at the future of the profession. We did a follow-up in the Helsinki Council, where I lead a discussion about the future of the profession with Ann De Clercq (BE) and Mihaela Teodorescu (RO) as speakers, followed by a general discussion. The Council actively participated in these discussions, that can be summarized as follows:

Challenges for the future of the profession:

Possible solutions that will influence the future of the profession:

So, in the years to come we will have to find solutions to the challenges, since it is very important that in all EPC countries local companies have the possibility to get local advice from EPAs on how to exploit innovations. There is a task for all of us to think about how we can realise this, so that Europe as a whole remains competitive and our profession remains successful.