Report of the Nominations Committee 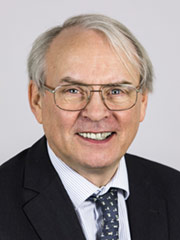 After the Committee election, which took place during the C89 Council meeting, there were still some open positions left in different Committees. Consequently, a further election round had to be organized at the C90 Council meeting. As the open positions were limited to a restricted number of EPC Contracting States, the Nominations Committee has sent an invitation to the full members of the epi Council of those Contracting States inviting them to look among the members of their Contracting States for candidates. The invitation was generally well responded so that there were candidates for election.