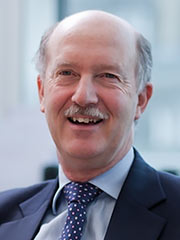 The EPPC is the largest committee of the epi, but also the one with the broadest remit: it has to consider and discuss all questions pertaining to, or connected with, practice under (1) the EPC, (2) the PCT and (3) the future EU Patent Regulation, including any revision thereof, except all questions reserved for the Biotech committee.

The EPPC is presently organised with seven permanent Working Groups (EPC, Guidelines, MSBA, PCT, Trilateral & IP5, Quality, Unitary Patent and Patent Documentation). Additionally, ad hoc working groups are set up when the need arises. Four Thematic Groups have also been set up (Mechanics, Pharma, ICT and Chemistry). Members of EPPC are also delegates to various meetings organised by the EPO, including meetings under the SACEPO banner. We also now have delegates on the two active Convergence Projects set up by the AC's Committee on Patent Law.

Due to the Covid situation, there have been no face-to-face meetings of EPPC or its sub-parts. However, there have been virtual meetings of EPPC and its sub-parts, as set out below.
A full meeting of EPPC took place on 23rd November, 2020. At this meeting, I was re-elected as Chair of EPPC. EPPC also decided on the Working Groups which would be reconstituted and suggestions as to membership were received. The minutes of the meeting will be published as soon as possible.

A meeting of the Pharma Thematic Group took place on 24th November, 2020 at which Martin Wilming was elected Chair. Our thanks go to the previous Chair, Ruurd Jorritsma, who was the first Chair and did sterling work for epi. The Group also discussed possible topics for discussion at the meeting with DG1 scheduled for 2021 (see below).

The members of the MSBA Working Group, led by Heike Vogelsang-Wenke, took place on 27th November, 2020. The first part of this meeting was taken over by the Board of Appeal Committee (BOAC) of the AC following the consultation on proposed Article 15a of the Rules of Procedure of the Boards of Appeal. The users present at the meeting, in particular epi, objected to the proposal and in particular objected to the fact that there was no time limitation on it. There were also objections against the wording.

Once the members of the BOAC left, the meeting turned into a normal MSBA meeting. The main feature of this was the report from the President of the BoA which showed the effect the Covid-19 pandemic was having on the work of the Boards.

A meeting of the ICT Thematic Group took place on 4th December, 2020 and Michael Fleuchaus was re-elected as Chair.

A meeting of the Chemistry Thematic Group took place on 8th December, 2020 and Jim Boff was re-elected as Chair.

A further meeting of the Pharma Thematic Group took place on 10th December, 2020 for further discussion of topics for the meeting with DG1 (see below).

A meeting of the M&M Thematic Group took place on 16th December, 2020 and Eva Carlsson was re-elected as Chair.

On 12th February, 2021, a meeting took place between the Thematic Groups of EPPC and delegates from Biotech Committee with DG1. This took place virtually with a plenary session in the morning and then three thematic sessions in the afternoon. The three thematic sessions were organised according to the divisions in DG1 and so the Biotech, Pharma and Chemistry groups were in one session. Although the meeting was good, it was not as good as in previous years where each Thematic Group and the Biotech Committee have met the relevant directors of DG1 separately. We will need to consider whether the arrangements should revert to those used previously once the Covid-19 pandemic is over.

A meeting of the SACEPO Working Party on e-Patent Process took place on 10th March, 2021 and is reported on by OCC.

A meeting of the SACEPO Working Party on Patent Documentation and Information took place on 18th March, 2021.

A meeting of the SACEPO Working Party on Rules took place on 25th March, 2021.

Brief reports on some of these meetings are set out below. If anyone would like further information about them, please send an email to eppc@patentepi.org.

During this period, the Chair of EPPC or a deputy attended Board and Presidium meetings and meetings with the President of the EPO.

EPPC also co-operated with the Presidium and OCC in the design and analysis of a survey on oral proceedings. The results have been published in epi Information and are available on the epi website.

On the matter of Article 15a of the Rules of Procedure of the Boards of Appeal, this was followed up before the meeting of the AC at which it was approved. EPPC co-operated with the Presidium to send a letter to the AC suggesting that approval of Article 15a should be postponed until after a decision on G 1/21 was given.

The issue of the decision which gave rise to G 1/21 and the announcement of a short deadline for filing an amicus brief on G 1/21 led to the formation of an ad hoc Working Group. This group prepared two briefs, the first [Annex 1: Preliminary amicus curiae brief of epi (composition of the Enlarged Board)] of which was filed as quickly as possible as it related to the composition of the Enlarged Board and, in particular, suggested that Mr. Josefsson should not be on the panel. The second [Annex 2: Amicus curiae of epi (question refereed by the Technical Board to the Enlarged Board)] related to the question referred by the Technical Board to the Enlarged Board. Copies of the briefs are attached.

epi intervened on the following:

The three year nomination period ended 2021, but epi representatives will be the same for the ongoing period of 2021-2023.

In the Convergence of Practice (in National Offices and EPO) project first meetings on common practices on priority date (formal and administrative practices) and on re-establishment of rights (formal requirements and how to reassess merits) have taken place. epi is participating directly as an observer.

As to epi questions what happens when the ViCo in opposition pilot ends in Autumn, we were told that a report on the pilot is being prepared and the aim is to publish it in early July but no one knows what will happen.

epi's paper on Streamlining of Opposition Proceedings sparked a lively debate. It was agreed that an updated version should be prepared for the next meeting in October 2021.

CNIPA-EPO Pilot on ISA files had many comments on the closed EPPC forum and epi promised to send them, after anonymising them, to EPO. (This has been done.)

The UP/UPC system is once again delayed. Previously, entry into force of the new system was - although ratified by France, the U.K. and many European states - prevented by a first constitutional complaint against the UPC Agreement, which was finally largely dismissed. In the meantime, the UK announced that they will no longer participate.

On 26th November, 2020 the German parliament approved the legislation required to ratify the Unified Patent Court Agreement, further approved by the German government on 18th December, 2020. Since then, the German Constitutional Court has received two new constitutional complaints in relation to the legality of the Agreement under German national law. These cases are not listed on the 2021 annual preview ('important cases') published by the court.

A meeting was held 8th December to appoint a Chairman and Secretary to the committee.

The sub-Committee had previously prepared for the meeting with the EPO 12th February, and had proposed various topics for discussion.

Relevant subjects that reached the agenda were:

Although some discussion took place, as the Pharma, Biotech and Chemistry matters were considered in one session, time constraints limited the scope for in depth treatment of these issues.

Quality Working Group formed itself and after brief e-mail discussion provided input for the Board to prepare a draft of the feedback to EPO's "Towards a new normal" orientation document (hence: veni and vidi only).

Update on Convergence Group 4 meeting on Re-establishment of rights.

The Chairlady (Teodora Kandeva) presented slides representing a selection and summary of the responses collected on the questionnaire. We did not finish the whole presentation and had to stop after the two hours at the beginning of the "due care" discussion. This will be continued at the next WG meeting. This time Laurence Brüning-Petit (EPO, DG5) made part of the presentation.

Conclusion: this is a topic that will be elaborated further in this WG.

To be elaborated further.

Do same requirements apply to all "actors"?

We were then running out of time; DE delegate pointed out that there might be not much room for harmonization in some Contracting States with regard to the actual due care requirement in general, as this is determined by established case law. PL agreed.

To be continued during next meeting

epi suggested to the Chairlady a topic that the WG might also look into a bit more in detail and noted the remarks in the summary at item 1.4 regarding the question who is entitled to file a request for re-establishment of rights. The answer looks simple (applicant or patentee) but might in practice a bit more complicated if, for example, a EP patent is transferred to a new owner at around the time annuities need to be paid. The previous owner fails to pay and the new owner realizes that. Requests for re-establishment need to be filed in many Contracting States. It would be interesting to know whether in all States it is the registered previous owner who is entitled to file the request or whether some States also allow the new owner to do this.

The next meeting is planned for June 17.

Brief update on Convergence meeting on accordance of a priority date.

The Chairman (Pierre Treichel) presented the summary of collected responses on the questionnaire. epi started taking notes, but it was a lot of information per slide, and he rushed through the numbers so that epi taking notes, trying to concentrate on what he said. epi has asked him for the ppt, but he may refuse, as several delegates corrected statements concerning their jurisdiction after the presentation. Anyway, this was the start, and for the next meeting (April 27) it is planned to focus on those areas where a widespread agreement among the EPC countries became apparent by the answers of the delegates. Once epi knows these areas, epi will ask for EPPC's opinion on the intended harmonization (which mostly will be along the lines of the EPC).

Annex 7: Summary of meeting_Convergence of Practice on 24.05.2021
Annex 8: WG4_Re-establishment of rights_ Second meeting