Progress on UPC Ratification in Germany

Due to several constitutional complaints in Germany, the entry into force of the Unitary Patent ("UP") and Unified Patent Court ("UPC") system has been delayed for years. Without Germany's ratification, the UPC Agreement cannot enter into forceSee Art 89(1) UPC Agreement. and the Unitary Patent Regulation cannot start to apply.See Art 18(2) Regulation (EU) No 1257/2012. Thirteen ratifications are needed, including the three Member States in which the highest number of European patents had effect in the year preceding the year in which the signature of the Agreement took place.See Art 89(1) UPC Agreement. Germany is one of these three Member States together with France and Italy.

In a long-awaited order issued on 23 June 2021 and published on 9 July 2021, the German Federal Constitutional Court ("Bundesverfassungsgericht") rejected two applications for a preliminary injunction filed together with constitutional complaints against the German ratification law.See BVerfG, 23.06.2021 - 2 BvR 2216/20 (https://www.bundesverfassungsgericht.de/SharedDocs/Entscheidungen/DE/2021/06/rs20210623_2bvr221620.html). For an English press release by the German Constitutional Court see: https://www.bundesverfassungsgericht.de/SharedDocs/Pressemitteilungen/EN/2021/bvg21-057.html. Thereupon, on 7 August 2021, the German Federal President was able to sign the ratification law, which approves both the UPC Agreement and the Protocol on Provisional Application ("PPA"). The publication of this law in the Federal Law Gazette ("Bundesgesetzblatt")See Gesetz zu dem Übereinkommen vom 19. Februar 2013 über ein Einheitliches Patentgericht, BGBl. II 2021 S. 850 (https://www.bgbl.de/xaver/bgbl/start.xav#__bgbl__//*[@attr_id='bgbl221s0850.pdf']__1630567547427). on 12 August 2021 has completed the national legislative procedure. However, the instruments of ratification of the UPC Agreement and of the PPA have not yet been deposited with the General Secretariat of the Council of the European Union.As required by Art 89(1), Art 84(2) UPC Agreement and Art 3(1), Art 2(4) PPA, respectively, for the instruments to come into force. 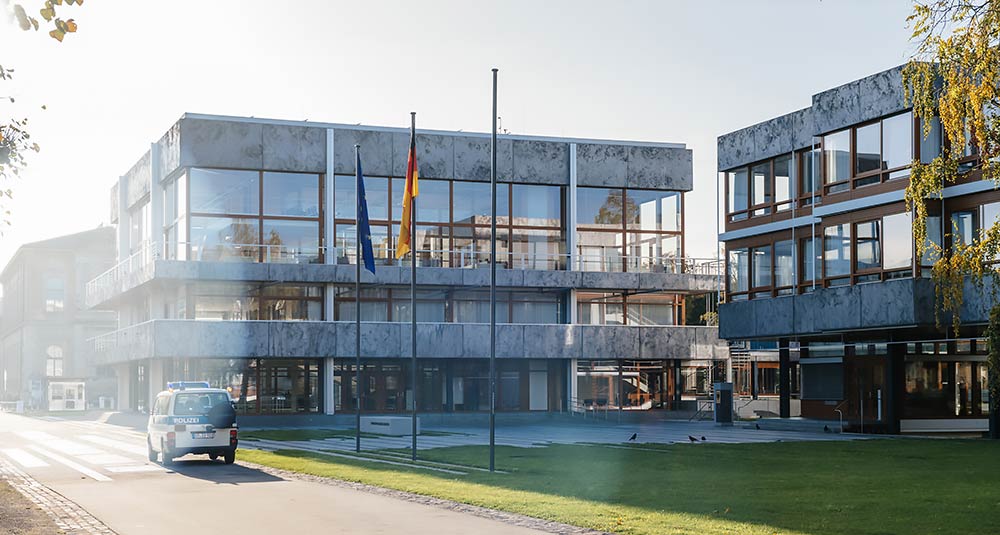 In Germany, the first law for ratification passed the Parliament in March 2017. The German Federal Constitutional Court then requested that the Federal President postpone issuance of the legislation due to a complaint regarding the constitutionality of this law. In Germany, the signature of the President and publication in the Federal Law Gazette are required for entry into force of the law.

Nearly three years later, the Federal Constitutional Court decided on 13 February 2020See BVerfG, 13.02.2020 - 2 BvR 739/17 (https://www.bundesverfassungsgericht.de/SharedDocs/Entscheidungen/DE/2020/02/rs20200213_2bvr073917.html). that the German ratification law was void because the complaint was admissible and well-founded to the extent that it alleged an infringement of the requirement of a qualified majority in Parliament for the ratification law under the German Constitution. The ratification law had not been adopted with the required consent of two-thirds of the members of the Bundestag (lower house of the German Parliament). The Federal Constitutional Court found the further grounds of the complaint to be inadmissible.

A new ratification law was approved by the Bundestag with the required two-thirds majority on 26 November 2020. The Bundesrat (upper house of the German Parliament) gave its approval on 18 December 2020. On the same day, two new constitutional complaints were filed with the Federal Constitutional Court, upon whose request the Federal President again postponed signing the ratification law pending the decision on the applications for a preliminary injunction. With the rejection of these applications by the German Federal Constitutional Court in June of this year, the way was clear for the German President to sign the ratification law.

The Federal Constitutional Court had dismissed the applications for a preliminary injunction because the constitutional complaints were inadmissible on the merits. This applied insofar as the complainants alleged a violation of the principle of the rule of law, of the fundamental right to effective legal protection or violations of Union law, and insofar as one of the complainants regarded Article 20 UPC Agreement as an inadmissible interference with the constitutional identity protected by Article 79(3) of the German Constitution.

The UPC Agreement shall enter into force on the first day of the fourth month after the deposit by Germany of its instrument of ratification (the minimum number of 13 ratifications was already reached, even after the withdrawal of the UK). It is expected that Germany will wait to deposit their instrument of ratification of the UPC Agreement until after the preparatory phase has progressed sufficiently for the UPC to begin.As reported on the website of the Preparatory Committee (https://www.unified-patent-court.org/news/what-decision-german-federal-constitutional-court-means-unified-patent-courts-timeplan).

For the preparatory phase to progress sufficiently for the UPC to begin, the PPA needs to enter into force to allow the final phase of the UPC set up, including the recruitment of judges, to be completed. The PPA shall enter into force the day after 13 Signatory States of the UPCA, including Germany, have either ratified, or informed the depositary that they have received parliamentary approval to ratify, the UPC Agreement and have expressed their consent to be bound by the PPA by depositing an instrument of ratification, acceptance or approval or a unilateral declaration.See Art 3(1) PPA. After Germany's deposit of its instrument of ratification, consent to be bound by the Protocol still needs to be expressed by two further Signatory States for the PPA to enter into force.

An overview on the ratification process of the UPC Agreement and on the PPA, which has been compiled by the epi Litigation Committee, can be consulted on the epi website.See https://patentepi.org/assets/uploads/documents/epi-reports/210910_Overview on Ratification of the UPCA.pdf Updates are published on a regular basis.