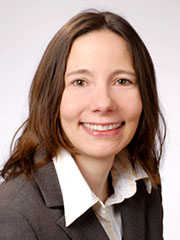 Under German law, the following prerequisites must be met for an interim injunction in a patent infringement to be issued: (i) existence of a claim for injunction (infringement of the injunction patent), (ii) valid reason for interim measure (urgency), (iii) sufficiently secure patent validity, and (iv) interest of the patentee prevails when weighting the interests of the patentee and defendant.

With regards to prerequisite (iii) "sufficiently secure patent validity", higher regional courts (OLG München - U4009/19 - Elektrische Anschlussklemme; Düsseldorf - I-2 U 126/09 - Harnkatheterset; Karlsruhe - 6U 52/15 - Ausrüstungssatz) usually require that confirmation of patentability is to be provided, going beyond mere examination proceedings before the respective grant authorities, i.e. before the European Patent Office (EPO) or the German Patent and Trademark Office (GPTO). According to current case law of the higher regional courts, "sufficiently secure patent validity" can only be assumed if the patent has already proven to be legally valid in contradictory proceedings, i.e. in opposition/appeal proceedings before the EPO, or in invalidity proceedings before the Federal Patent Court.

A reason for such strict interpretation of the "sufficiently secure patent validity" prerequisite may be seen in the fact that a significant proportion of patents (~70%) are at least partially revoked in post grant opposition or nullity proceedings.

The 21st Civil Chamber of Munich I Regional Court is, however, of the opinion that such interpretation of the "sufficiently secure patent validity" prerequisite conflicts with European law. By order of 19. January 2021, the Munich I Regional Court referred a request to the European Court of Justice (ECJ) for a preliminary ruling on the treatment of interim injunctions in patent disputes.

Referral Question to the ECJ

Is it compatible with Article 9(1) of Directive 2004/48/EC that, in proceedings for interim relief, higher regional courts with jurisdiction at last instance refuse in principle to adopt interim measures on grounds of infringement of patents if the patent in suit has not survived opposition or nullity proceedings at first instance?

1.Member States shall ensure that the judicial authorities may, at the request of the applicant:

(a) issue against the alleged infringer an interlocutory injunction intended to prevent any imminent infringement of an intellectual property right, or to forbid, on a provisional basis and subject, where appropriate, to a recurring penalty payment where provided for by national law, the continuation of the alleged infringements of that right, or to make such continuation subject to the lodging of guarantees intended to ensure the compensation of the right holder; an interlocutory injunction may also be issued, under the same conditions, against an intermediary whose services are being used by a third party to infringe an intellectual property right; injunctions against intermediaries whose services are used by a third party to infringe a copyright or a related right are covered by Directive 2001/29/EC;

(b) order the seizure or delivery up of the goods suspected of infringing an intellectual property right so as to prevent their entry into or movement within the channels of commerce.

Under Article 9(1) of the Enforcement Directive, it is to be ensured that an interim measure may be ordered against a patent infringer in order to prohibit continuation of a patent infringement. However, this is not possible according to the case-law submitted for review by this order for reference, because a patent that has just been granted cannot have undergone confirmation of validity beyond mere examination as opposition and invalidity proceedings can only be initiated after the patent has been granted.

Also, many patents, granted in the past, have not undergone opposition or invalidity proceedings, and the patent proprietor has no influence on whether his patent is challenged after grant. Furthermore, under current legal practice provisional measures can only be initiated in response to concrete infringement after opposition or invalidity proceedings have been concluded at first instance, which can take many months or even years. Continuation of patent infringement must be accepted during this period under current practice despite the fact that patents - unlike other intellectual property rights - have undergone detailed technical examination before grant.

The referring court is obliged to refuse ordering interim measures in the event of patent infringement where the infringed patent has not yet undergone adversarial preservation proceedings, contrary to its understanding of the provision of Article 9(1) of the Enforcement Directive.

"Article 9(1) of Directive 2004/48/EC of the European Parliament and of the Council of 29 April 2004 on the enforcement of intellectual property rights must be interpreted as precluding national case-law under which applications for interim relief for patent infringement must, in principle, be dismissed where the validity of the patent in question has not been confirmed, at the very least, by a decision given at first instance in opposition or invalidity proceedings."

Key arguments in the decision of the ECJ: According to the Enforcement Directive - laying down minimum standards concerning the enforcement of IP rights - the member states have to ensure that an imminent patent infringement is to be prevented, or a continuation of a patent infringement to be prohibited by means of interim relief. The central objective of the Enforcement Directive is to ensure a high level of IP protection. In this context, the "time" factor is of particular importance for the purpose of effective enforcement. The presumption of patent validity applies as of the date of publication of grant of the patent (§58 PatG/Art. 97(3) EPC), and as of that date, patents enjoy the full scope of protection. In other words, preliminary measures have to be made available as of the date a patent grants in order to effectively enable immediate patent infringement prevention. The case law under review requiring that a patent subject to preliminary proceedings has to be proven to be legally valid in contradictory proceedings is in contradiction with the provisions of Art. 9 of the Enforcement Directive.

To ensure adequate protection of the defendant against an unjustified preliminary injunction, legal instruments are provided by Art. 9 (5)-(7) of the Enforcement Directive: First, provisional measures granted can be revoked if no proceedings on the merits are initiated within a reasonable period. Secondly, the infringement court can order the patentee to lodge adequate securities (as a priori measure) to ensure compensation for any prejudice suffered by the defendant. Thirdly, damages (as a posteriori measure) can be ordered by the court granting the provisional measures in the event that the preliminary measures were unjustified and subsequently revoked.

The relatively patentee-friendly decision of the ECJ is considered to be of high importance, not only for German legal practice pertaining to interim measures, but also for the future practice of the Unified Patent Court which is bound by EU legal provisions, as well.

It has now to be seen to which extent German regional and higher regional courts will amend current case law, and if case law will diverge (between the different regional and higher regional courts) in the future. Also, it has to be seen which standards for patent validity in interim proceedings will be applied by the courts. In any case, at present, requests for preliminary measures on the basis of patents which have not undergone contradictory invalidity proceedings may have the highest chance to get granted by the Regional Court of Munich I. However, it remains to be seen how the Higher Regional Court of Munich will interpret the judgement of the ECJ, in particular in the light of the high invalidity rates of patents, at least partially revoked in post-grant proceedings (~70% of all patents are at least partially revoked), and already existing exemptions from the case law under review. Both, the high invalidity rates and already existing exemptions from current case law practice have not been fully discussed in the referral. Although the ECJ lifted the requirement of contradictory validity reviews of patents subject to preliminary measures, courts can still refuse to grant interim measures on the basis of other considerations as they weight the interests of the parties involved.

Going forward, as a defence strategy, it does not seem advisable for potential patent infringers to merely rely on the fact that a patent under consideration has not (yet) passed contradictory validity proceedings, and that an infringement court will, thus, dismiss a request for preliminary measures. As the bar for obtaining a preliminary injunction might be lowered after the recent decisions of the ECJ, defendants are advised to commence prior art searches immediately after receipt of a warning letter, or after a request for a preliminary injunction has been served by the court. Further, defendants should consider filing a protective brief (to mitigate the risk of a potential ex parte preliminary injunction), and/or requesting adequate security payments to raise the hurdle for the patentee.

From the perspective of the patentee, when filing a request of a preliminary injunction, the applicant may not be able to benefit from a "revival" of the urgency deadline anymore, which "revival" was generally triggered by the 1st instance validity decision. The revival of the urgency deadline is/was established practice, applied by the courts to compensate for the case law under consideration according to which the patentee had to await the 1st instance validity decision. Instead, going forward, the patentee is advised to follow the urgency deadline of one to two months as of knowledge of the patent infringement. Also, patentees should be ready and prepared to deal with invalidity attacks in the course of interim proceedings.

The opinions expressed within this article are those of the author and do not necessarily reflect the opinions or views of The Procter & Gamble Company.