Report of the Online Communications Committee 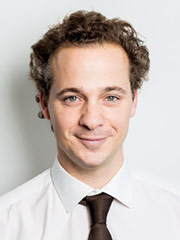 The EPO had to react with short term measures to the Covid 19 crisis starting in April 2020 and has set-up a plan for more mid- to long-term measures, involving internal and external evolutions, including changes to the legal framework. During the past months, OCC and EPO focus has been mainly on evolving towards video conferencing in oral procedures. Other major activities relate to the ongoing Online Filing 2.0 pilot projects (incl. DOCX filing format) and the Front Office working group, focusing on national filings via EPO centralized systems.

During our latest EPO-OCC meeting, held on 3rd November 2020, the EPO reported 1500 examination video conferences had already been held since the beginning of the health crisis (only two conferences could not be completed). 7000 are already planned in the next 12 months. 28 opposition video conferences have been held so far through Zoom, with better results than what was initially experienced – during test cases – with Skype for Business.

According to the EPO, Zoom was attractive for many reasons, but it took time to resolve well-known legal and security concerns, with updates of Zoom. Also, EPO building rooms are currently equipped with Skype for Business equipment, and nothing else, but the EPO recognizes the superiority of the Zoom platform in terms of experience. Examiners are still to be trained on the new platform (and they are far greater in number than Opposition Divisions). No timing was communicated by the EPO on officially switching to Zoom vs. Skype for Business but notes the user community’s favourable opinion of Zoom. Zoom continues to evolve. End-to-end encryption (in beta) makes it very secure, but blocks some features needed for oral proceedings.

The OCC is also aware of limitations imposed by the employers of some epi Members restricting access to third-party videoconferencing software. We have drawn this to the attention of the EPO. In some cases this can be addressed using the web browser extension provided for the software rather than a full installation, but this is a potential issue that the affected epi Members should be aware of, irrespective of which solution the EPO ultimately settles on.

EPO notice dated 10th November 2020 specifies that the agreement of the parties to hold oral proceedings in opposition proceedings by videoconference will no longer be required. Video conferences will therefore become the norm, for all oral proceedings that are scheduled to take place on or after 4 January 2021, until 15 September 2021.

“Online Filing 2.0” Pilot Phase I started in May 2020 focused on the filing stage. Pilot Phase II is about to start, and the EPO really wants greater volume of feedback.

OCC members had direct experience of the pilot, which had been disappointing e.g. the first release maturity level was extremely low, smart card issues made testing the system very painful, the address book system showed serious flaws. The EPO recently encouraged all pilot users to test the system again, confirming new versions have been released, addressing many issues raised in the initial user feedback.

The OCC asked the EPO that the future system and CMS should co-exist for some time, at least in the early stage, to allow to be adapted previous settings to the new system.

The EPO did not commit to this. The OCC considers 2 years a good guideline for any “sunset” period. CMS has its problems, but it had become more important for many users, during the lockdown.

The EPO confirmed that CMS is the only system officially considered as being decommissioned.

Although a majority of the epi community expects benefits from the evolution towards DOCX filing (moving away from PDF conversion especially), some members, supported by the OCC, believe important technical and legal issues must be addressed on the topic. Specific meetings with the EPO will be organized in the coming months to address those issue.

No progress has been reported by the EPO on the possibility to file colour or 3D drawings, which was previously shared through this journal.

The EPO reports being ahead of schedule with its IT Cooperation Front Office project, thanks to very active group members, including national office experts and Ben Grau from epi. The purpose of the project is handling national filings via a common platform, replacing eOLF in the long term, at least for national filings. There are no plans to decommission eOLF for the time being.

The EPO has recently released a Proof Of Concept (POC), accessible to working group members only, demonstrating future technical features, which the OCC had the opportunity to review.

No change has been implemented by the EPO in recent months regarding fax filing.

One complementary solution, would be to allow email filing as an additional option. Email is under trial in relation to cases having oral proceedings. The EPO did not clarify whether the solution would be extended.

Email flexibility is appreciated. However, origin of the email, confirmation of receipt, etc. are key issues to be resolved, even in exceptional situations. The pilot is expected to last about 12 months.

For the time being, OCC believes fax remains a simple and efficient solution, but additional methods such as email would be good to have.

An “Identity and Access Management” project has recently been launched at the EPO to investigate an alternative to the Smart Card solution. The EPO hopes that the project will provide results within the next 12 months.

Smart Card will still be supported by the EPO in the short term. The OCC informed the EPO that rather than a replacement, the solution should instead offer users an alternative to the Smart Card solution, which is appreciated by some users. The OCC also reported that the WIPO authentication system could be considered as a possible alternative.

Approximately 1000 different types of communications (forms) are sent out to users by the EPO. 750 will be available through the Mailbox by December 2020, incl. 70 communications relating to opposition proceedings. Other forms are planned to be integrated in the future (150 planned; Appeal forms also). 100 more complex ones are going to be looked at on a case-by-case basis in the near future. These are roughly 50:50 EPC and PCT procedures. The EPO will publish a list of forms not available through the Mailbox (blacklist vs. whitelist for available forms).

Integrating the Mailbox with regular user mailboxes (Outlook, etc.) is under investigation. “Push” notifications are already foreseen in the next 12 months, i.e. if an email is received in the Mailbox, users would be able to configure being notified by standard email.

The EPO legal team is reviewing current practice in the field of digital signatures, to analyse whether accepting such electronic signatures on assignments (Art. 72 EPC) would be acceptable for the EPO. No clear agenda could be shared with the OCC.

Regarding all other documents requiring or bearing signatures, the EPO believes that the principle of free evaluation of evidence should apply (such approach not being applicable to assignments since Art. 72 EPC details the applicable rule with assignments). National law could serve as a basis for analysis, if required.

While the OCC mentioned that more and more applicants have stopped physically signing documents, the EPO informed the OCC that the current framework does not provide any easy answer, mostly because it seems difficult to identify what is an acceptable electronic signature (international and European guidelines not being practically useful according to the Office).

The OCC reminded the EPO that facsimile copies might also raise authentication issues, but the EPO does not have any objection to those.

The OCC recently shared with the EPO some epi members’ feedback on the third-party observations filing platform, which has been in “pilot” since 2011. Big changes may not be implemented immediately, but some easier changes like increasing the current 6MB upload limit may be doable soon.

No specific progress has been reported by the EPO to the OCC on further developments of eDREX, since our previous report.

According to the EPO, register alerts and similar topics could progressively migrate towards the New User Area project, currently being set up by the Office.

Current download restrictions on the Register are linked to hoax attacks suffered by the EPO over the last number of months. Loss of service occurred due to specific robot activities. A mitigation policy is currently under discussion within the EPO and will be shared with the user community once approved.

The EPO’s objective with its New Online User Engagement Programme is to improve online services provided by the EPO, helping professionals to get their job done.

The Programme key projects are listed below:

Information on outages has been and will continue to be improved by the EPO, including possible legal remedies, when applicable. Time stamps and outage references will soon allow reference to a specific outage in case of any legal consequence.

Live updates on EPO IT systems are now available directly from the EPO website home page. The EPO recently informed the OCC that the section will keep being improved in the near future.

Grant publication dates plus 3-months (relevant for national validations) will now be avoided by the EPO whenever possible for any planned outage.

Importantly, the EPO plans a 4-day outage to perform critical maintenance on its servers, provisionally planned to last from 27th December 7am until 31st December 7am. The finally decided timing will be communicated by the EPO before the outage.

The EPO register will not be available (EPO.org will be available on these days but static). CMS and eOLF have already been migrated to a new data centre, and so would remain available.

15. Interacting with the OCC

While Council has now elected OCC members for the next term, all epi members are encouraged to report any issues they face with EPO IT systems, submit any improvement suggestion, or provide any comment they would have on OCC-related topics, directly to the OCC Chair at OCC@patentepi.org.