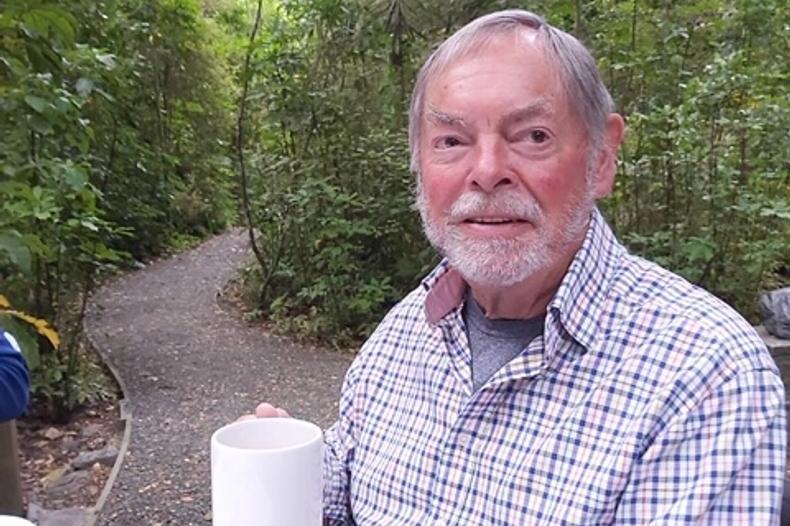 Terence Johnson, known to everyone as Terry Johnson, died suddenly in Nelson, New Zealand, on 16th September, leaving his wife, Annette Cunningham, and his blended family (une famille recomposée, eine Patchworkfamilie) with his daughter Katya, son-in-law and two grandchildren, his stepchildren and their children.

The funeral notice indicated that donations in memory of Terry can be made to The Brook Sanctuary, and the picture that you can see was made during a fundraising breakfast they held there last February.

Terry also started his career as an examiner, but as the EPO did not exist in 1968, he joined the UK Patent Office, and soon left for private practice in 1971, becoming a European Patent Attorney as a grandfather in 1978.

We are very proud and honoured that we had the pleasure to work closely with him at epi for many years, as he was first elected to this Council in 1997.

Terry was known for his integrity and dedicated professionalism, and we will always remember him as the warm and generous man he was. He had a long career in the Disciplinary Board of Appeal, where he was appointed in 2007, still a member when he passed away.

We will miss his sense of humour and quite a few of us remember how collaboration with him was always pleasant and constructive and at the same time efficient and focused on good results.

Many of us remember the time when he acted as member of the Editorial Committee, which he chaired from 2014 until 2017. We were all looking forward to the thought-provoking editorials that he drafted during this period for our journal.

May he rest in peace.

Note from the editor: this text was read by President Leyder during the Council meeting which took place on 13th November 2021