Report of the Committee on Biotechnological Inventions 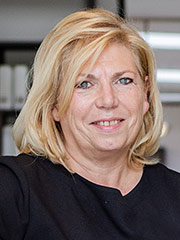 Our yearly committee meeting (digital) was held on 11 October 2021. We discussed the below points at the meeting and thereafter.

1. Guidelines for Examination proposals for 2022

The biotech aspects of the new proposed 2022 GLs were studied by the committee (F-IV, 4.12 and G-II, 5.2, 5.4 and 5.6). Our suggestions were discussed in the Guidelines subcommittee meeting on 9 September 2021 which was attended by Ann De Clercq and Simon Wright. Our plant and antibody experts gave advice before the meeting. The following suggestions were passed on for discussion in the SACEPO meeting WP on Guidelines on 28 October 2021:

Some interested parties plead to also exclude plants produced by random mutagenesis from patentability. Our committee is following up these discussions.

Regarding the extent of the plant disclaimers, we think this will be more for the CJEU level to determine once cases go to court (same situation as after G1/98 except that no cases on transgenic plants ever went to court in view of the regulatory situation).

A German Symposium on patentability of plants and animals was held on 8 July 2021 in which a balanced overview was given by different speakers (see annexes). This was attended by Chris Mercer and Simon Wright.

The introduction of the new ST26 standard for sequence listings has been postponed until 1 July 2022. We look forward to training courses by the EPO and also practical training courses by WIPO (up till now only introductory and advanced courses but no practical courses yet). An ad-hoc committee of the Biotech Committee is following the developments in this area.

With respect to deposits of biological material, we flagged decision T 32/17 (relating to EP2311654) wherein a reference to a deposit of a hybridoma was considered not to be the same as a reference to the amino acid sequence of the antibody produced by the hybridoma. In T 32/17, depositing a hybridoma was not enough to establish novelty over a prior public use of a functionally equivalent antibody. In other words, the deposit, while enough to establish sufficiency and reproducibility, was not considered by the board to also limit the claim to the actual amino acid sequences of the antibody produced by the deposited. Because the claim to the hybridoma was not considered to disclose the sequence of the antibody it produced and because the burden was on the patentee, a lack of novelty ensued. Some members of our committee think this is a correct decision (at least the decision would be in line with case law on plant deposits for the purpose of Art 84 EPC). This decision however for some other members of our committee raises a question with respect to the long-held belief that G1/92 means that any property of a compound/molecule/peptide/protein would be available if the product as such could be obtained - including the amino acid sequence of a protein. This was also the conclusion reached by the OD in this case which this Board overturned. Will the first instance follow this decision or G1/92 in this field? This topic will be followed further.

EPPC has set up a working group to prepare an amicus brief on G2/21. Several members of the biotech committee will also form part of this group as it also very much concerns biotech topics.

Biotech topics for an upcoming meeting with EPO DG1 (no date set yet) are being assembled.

Annex 1: Report Symposium hosted by The Federal Ministry of Justice and Consumer Protection, Patentability of Plants and Animals

Annex 2: Program Speakerlist, Symposium hosted by The Federal Ministry of Justice and Consumer Protection, Patentability of Plants and Animals